Whatever Happened to Superman in Australian Supergirl comics?

If I ask you to name a Superman story involving a breach of the Fortress of Solitude, Supergirl in a support role, and illustrated by Curt Swan, I'm betting the first story you'll think of is Alan Moore's Whatever Happened to the Man of Tomorrow? in Superman #423 and Action Comics #583. And rightly so - it's a drop dead classic.

However, if you're steeped in Superman lore from the 1970's, you might upon reflection consider a lesser-known story which appeared in Action Comics #411: 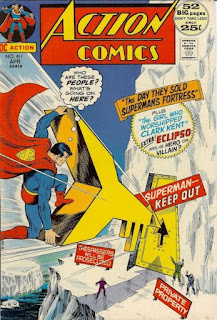 This is the issue in which Superman is legally deemed to be a squatter! In a nutshell, an oil prospector has purchased the land on which the Fortress of Solitude stands, and as such the building and its contents legally belong to one T.J. Person, and Superman's lawyer advises him he has no rights in the matter. Of course, Superman finds a way out of this mess - no spoilers here - but you gotta love the mock-earnest 1970's riff on silver age goofiness in this synopsis.

I'm still a big fan of this era of Superman comics, especially anything with Swanderson art. Yet remarkably, I only came across this story recently in, of all things, the Federal Comics edition of Supergirl #1: 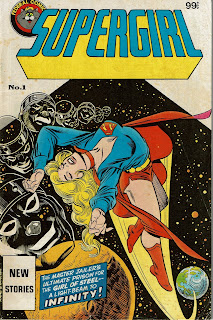 This issue was published in 1983. However, it turns out that The Day They Sold Superman's Fortress was published some 10 years earlier in Supergirl Comic #5: 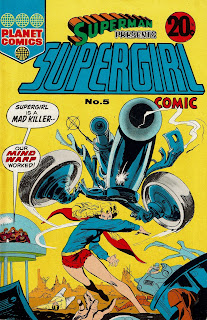 I know for a fact that K.G. Murray Supergirl issues are a prime focus for at least a couple of KGManiacs, but I'm not one of them, and never have been, so I wouldn't have read this issue as a kid, hence my coming late to a story I would have thoroughly appreciated as a 10-year-old when I was buying Planet Comics off the shelf. By the time Federal Comics were in town I'd well and truly stopped reading comics. But, if I had been reading them over that 10-year span, I would have preferred the Supergirl Comic #5 version over the Supergirl #1 edition, purely for the botched layout of the title splash page. Compare the following: 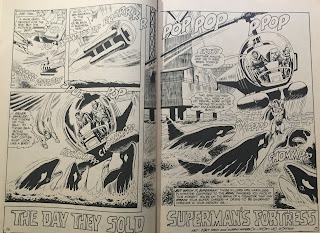 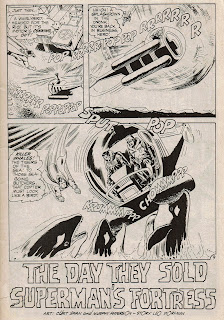 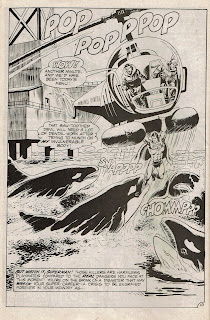 It's not just the flow from the one panel to the other which works in the two-page spread, but the text box caption leads into the title. Splitting the two pages - and having to turn the page from page 9 to page 10 - extends the timing, and suspends the resolution in the caption box.

There was even more editorial tampering in these two editions. Here's a scan of the first page from the original presentation in Action Comics #411: 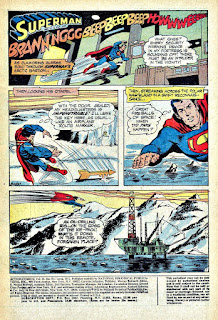 The reprint in Supergirl Comic #5 replaces the classic "Superman" masthead with what appears to be a homegrown facsimile: 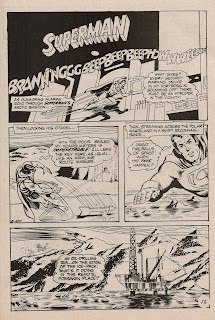 The subsequent reprint in Supergirl #1 takes this a step further by adding the "Supergirl" masthead, contriving a fully-fledged team-up story: 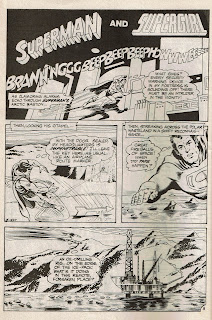 Not what one might call a Federal crime (sic), but hey - if we didn't obsess over this minutiae, we wouldn't be here.

Posted by spiros xenos at 7:42 AM No comments: 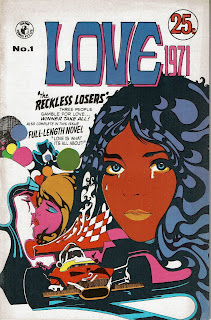 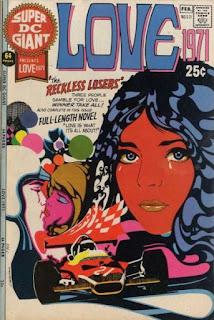 It does not include the Love, Tina letters page. However it does include three one-page instalments of the Mad Mad Modes for Moderns feature. This is a feature which appeared in a number of DC romance comics between 1967 and 1970, and was used as filler in various other K.G. Murray issues. Here's a sample Batman-inspired sample as printed in Love 1971: 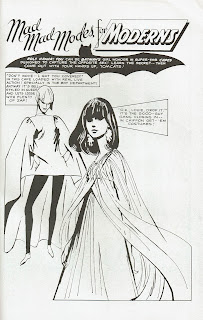 The Beauty Bar is another one-page feature, in this instance titled Do's About Hairdo's..., which hails from Girl's Romances #153.

Other instalments in this series have been referenced in passing previously on the blog here and here. There are possibly more issues in this annual series, maybe appearing as Planet Series issues.


Posted by spiros xenos at 6:13 PM No comments:

When I first came across this Newton Spectacular #1 some ten years ago I thought it was another in a substantial line of crudely-coloured Newton montage covers with a random mess of Marvel reprints within. 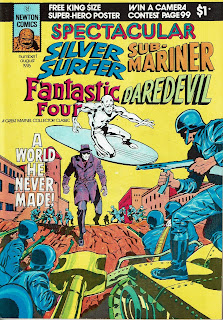 Of course, the cover is not a Newton contrivance, but is in fact a reprint of the cover to Silver Surfer #10: 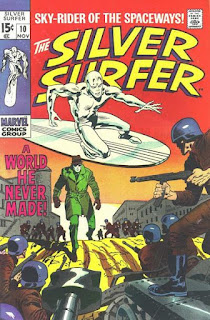 Sure, I should have known better, but I wasn't a Silver Surfer reader as a kid, and as familiar as I am with the covers of some classic Silver Surfer covers through osmosis, this one did not register with my spider sense. And frankly, from my vantage point, the figure in the hat and trenchcoat looked to me more like Rorschach from Watchmen than a disguised Silver Surfer - especially in the purple.

Anyway, my copy is better than yours. Why? Because my copy comes with this poster: 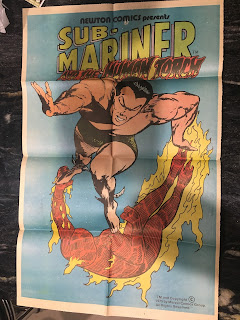 Now, as you can see from the folds, this is not a regular Newton poster.

This is an oversized poster, folded and loose in the centre of the comic. The issue has all pages intact, the centre pages being 2xletters pages, and 2xBay City Rollers ads. However, the cover does promote a Free King Size Super Hero Poster - and sure enough, here it is!

And in case you missed it, there's an advertisement on page 16 for the same issue (!) which also mentions the "super colour poster with every copy": 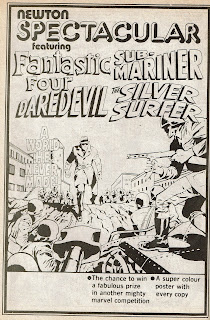 I have not seen another one of these, or a similar one in any other Newton comic, nor do I recall seeing them when I was a kid. It stands to reason that loose posters would be much more likely to go awol than the stapled posters, which are missing often enough as it is.

And as for the random contents, check out the details on Ausreprints.net.
Posted by spiros xenos at 5:05 PM 1 comment: