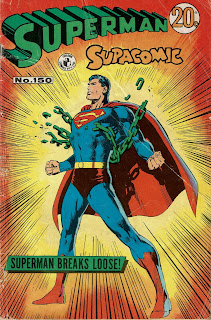 This is one of the most famous Neal Adams covers, originally appearing on the cover of Superman #233: 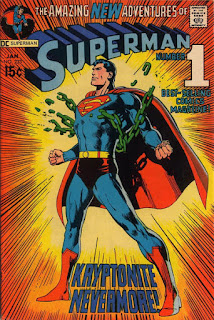 But you may not know there was an Australian precursor to this iconic image: 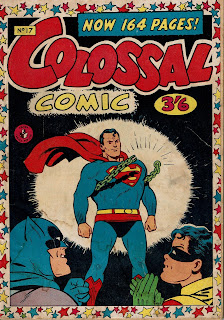 Now, I'm not saying it's a conscious swipe - I seriously doubt Adams knew of a 10-year-old comic published in Australia - but I am asserting the similarities begin with the pose and the breaking of chains, and extend to the radiating glow.

And Australian readers of Superman Supacomic in 1971 may well have recalled the earlier image from Colossal Comic #17. 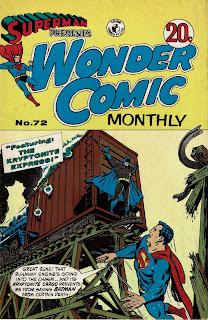 The cover art by Curt Swan and Murphy Anderson is cropped at the bottom and has a modified story title banner- compare to the original art on the cover of DC Comics' World's Finest Comics #196: 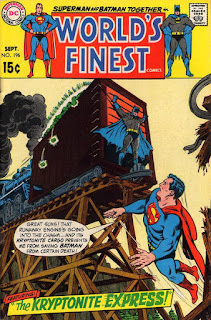 This issue also contains a Casey the Cop filler which originally appeared in Detective Comics #180, and was reprinted in Batman #227. I don't think it's going out on a limb to suggest each of these issues is cherished by fans for other reasons...

The Map of Menace was reprinted a year later in The Unexpected #135, which is the likely source of the Murray reprint in Weird Mystery Tales #11.

The Man Who Hated Science! was reprinted in  Justice League of America #78 as a DC Extra which is the version published by Murray a couple of years later in Superman Presents Tip Top Comic Monthly #61.

When I was a kid reading these K.G. Murray comics I didn't know the term 'cognitive dissonance' but I sure knew when the art in the interior pages was inferior to the cover art. As a seven-year-old I didn't know anything about pencillers and inkers - I just knew that Superman looked great on the cover and rather crude on the inside. Or, that one was as smooth and rich as caramel milk chocolate - my preferred Friday night treat - and the other was like home brand dark chocolate with nuts, which is what I sometimes ended up with. I now know the difference between Anderson and Abel (and other culprits) on Swan, but I don't think I can articulate the difference between them any better.

And here's one for the trainspotters: 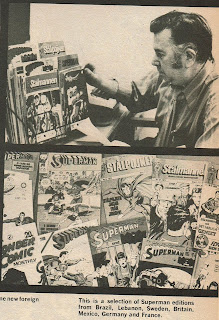 These photos are from the tabloid-sized Amazing World of Superman, Metropolis Edition. I imagine this was the first time many comics readers in America realised there were alternate universe editions of their comics beyond the Earth Prime paradigm.

Posted by spiros xenos at 10:02 AM No comments: 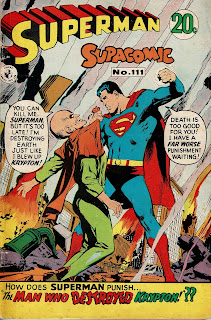 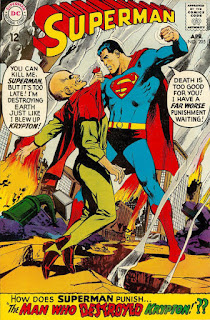 Also included in this issue are a few filler strips: Cap's Hobby Hints from Justice League of America #62 and World's Finest Comics #175; Moolah the Mystic from House of Mystery #131; and The Eyes Have It!,from The Atom #37. 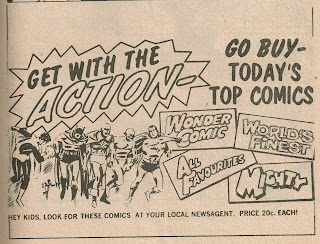 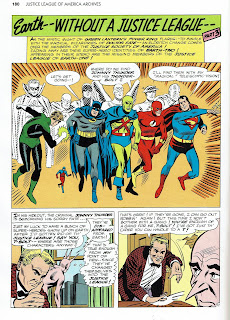 For KGManiacs tracking this stuff, this story was published by KG Murray just a couple of years earlier in Mighty Comic #51.

The inner and rear covers have advertisements. The ad date code on the rear cover is KGM.SS.1168 - a proxy cover date.


Posted by spiros xenos at 6:07 AM No comments: 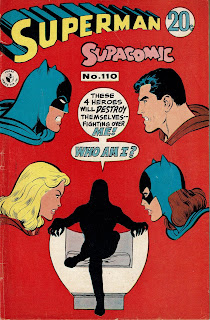 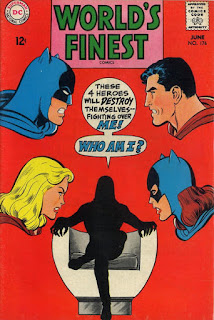 This issue also contains full-page advertisements on the inner and rear covers, an in-house ad for Tip Top Comic, and a Henry Boltinoff filler gag Billy previously published in Superman #208.

Posted by spiros xenos at 3:18 PM No comments: 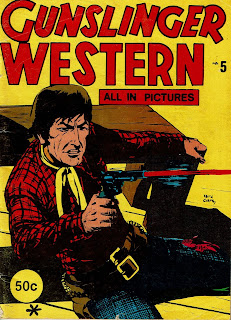 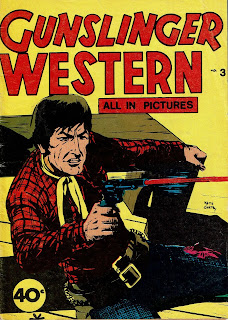 and subsequently on the cover of Gunslinger Western #6: 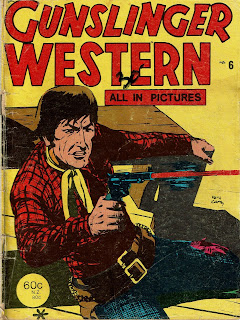 Yep - three of the six issues in the series have the same cover.
Posted by spiros xenos at 7:55 AM No comments: 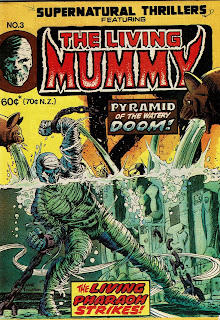 The cover is from Marvel Comics' Supernatural Thrillers #9: 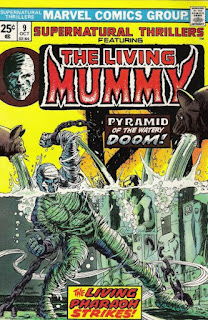 The three Steve Ditko shorts in this issue are reprints of material from the early 1960's and do not include the job numbers.

He Came From Nowhere! was originally published in Strange Tales #94. 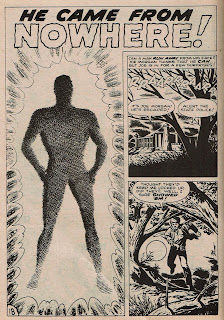 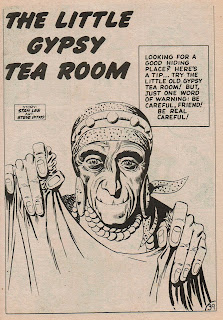 The Secret of the Universe! was originally published in Amazing Adult Fantasy #11. 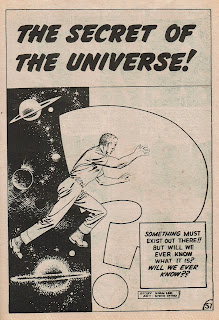 
This issue contains black and white prints of the front covers to the relevant Supernatural Thrillers issues sans trade dress: 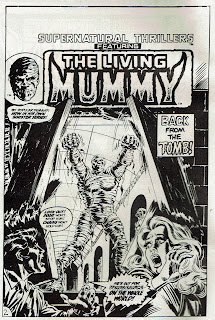 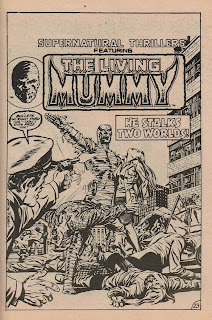 Given SupernaturaI Thrillers #5 was recycled as an unnumbered edition I expect there is another edition of this issue too, either unnumbered or retitled, but I have not seen one.

Posted by spiros xenos at 12:31 PM No comments: 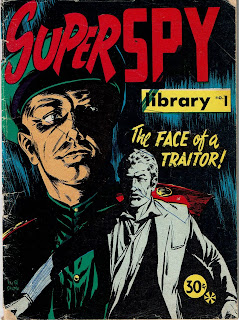 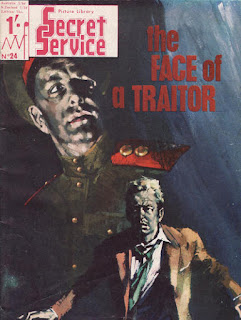 The protagonist of The Face of a Traitor, Gerald Blair, was a recurring character in the Secret Service Picture Library series, and thus appeared in a few Page Publications issues, including the many printings of The Edge of Fear.

This is the only Yaffa printing of The Face of the Traitor I have found so far, but I daresay more will turn up.

Posted by spiros xenos at 8:22 AM No comments: