In early 1976 the Newton Comics office was scrambling for traction. New series were added to the roster only to last a couple of issues; issues were delayed; advertised issues and series did not eventuate; new formats were instituted; context expiry dates were wildly out of sync with publication dates; stockpiled back issues were reintroduced into the market; and advertised posters were not included in issues - all of which culminated in the Receivers winding down the enterprise in April.

Amongst the chaotic production in this period a new promotion was instigated. If you blinked you'd miss it, but buried in the Marvel Mailbag of some March 1976 cover-dated issues was the following editorial notice: 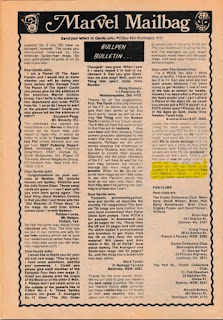 That's right - Newton Comics posters were included in Nabisco Weeties and Crispies cereal boxes. In fact, there were 10 posters in the range: 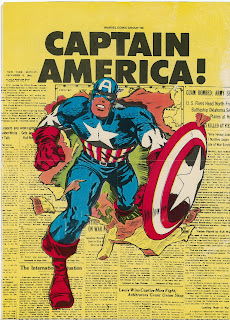 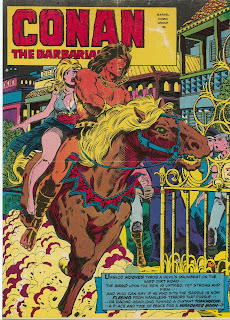 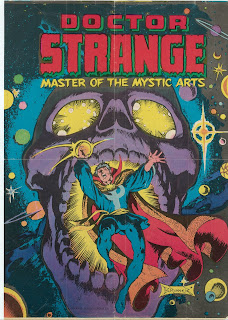 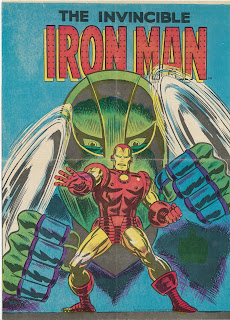 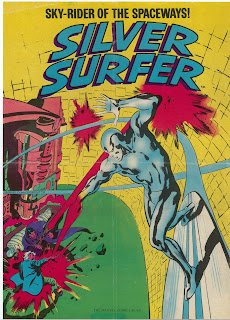 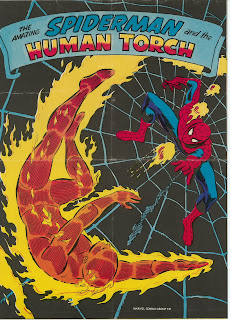 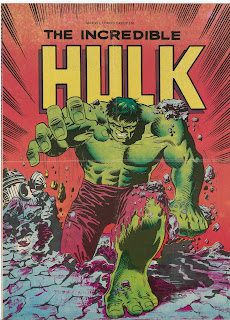 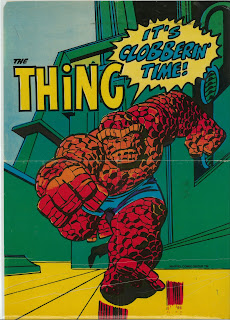 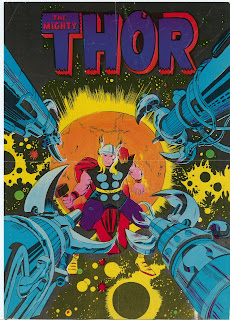 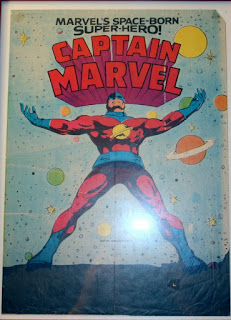 The rear of the posters advertised the complete range, ensuring the collector's bug hit the nervous system: 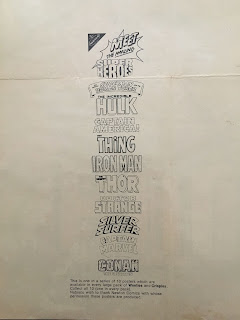 These posters are the same size as the standard stapled insert covers, but the paper and printing quality is superior. They have a light sheen, and some of the colours pop - especially the red ink on the Captain America, Conan the Barbarian, Doctor Strange, Spider-Man and The Human Torch, The Mighty Thor and Captain Marvel posters. The other way to readily distinguish these from the regular posters is they have two distinct creases - one vertical and one horizontal - as they were folded twice for inclusion in the cereal boxes.

Many issues published c.March/April 1976 advertised posters, but they were not to be found within the issues. It may be mere coincidence that the Nabisco posters were promoted at this time.

Newton Comics readers will be familiar with the images on the Nabisco posters given they were all previously issued as regular posters within the comic books, albeit slightly modified eg. deleted text boxes.

Needless to say, these posters rank amongst the most difficult Newton Comics items to collect - they are possibly even scarcer than the King Size posters.

Thanks to Robert Thomas for helping out with information and some great scans.
Posted by spiros xenos at 5:35 PM

Wonderful researched article and the considered context makes a lot of sense. Those last frantic months of early 1976 must have been a total helter-skelter of manic activity. Unsold comic returns being cut-price back in bulk into the newsagents, irregular printing schedules, a foray into Nabisco cereals, and an erratic substance addicted publisher burning multiple candles at all ends trying to maintain a news publishing empire, paying off staff and creditors financed by dodgy contra deals; all before the court receivers finally bring the whole operation to account.

finally, what a pleasure to read an article. for subject these posters included in cereal boxes Nabisco Weeties and Crispie. I have been looking for them for more than twenty years. result five out of the ten. I hope not to be the only one? . I saw that you took one of my posters in your article captain marvel that's nice. in any case thank you for all these presicions. MArc paris french