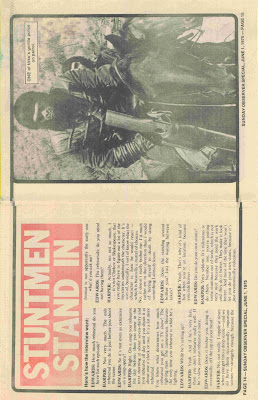 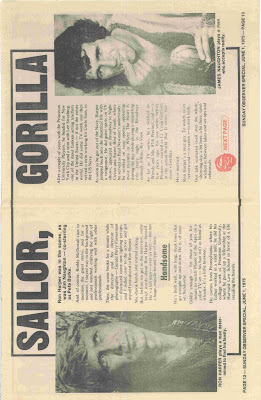 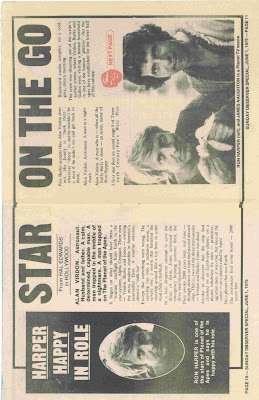 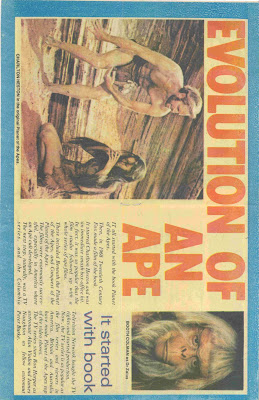 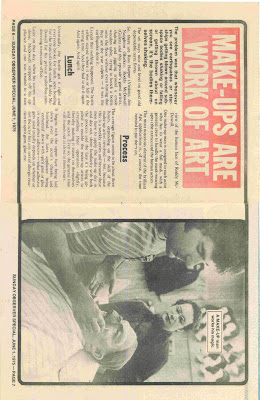 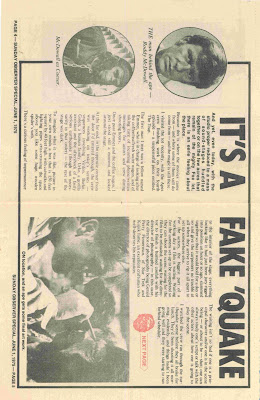 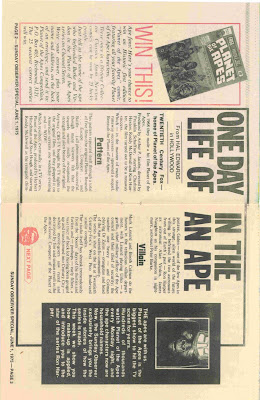 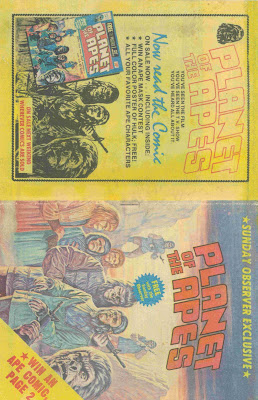 And if you’re really keen to show your appreciation, there’s a nifty little PayPal donation button at the top of this blog which is touch sensitive…
Posted by spiros xenos at 9:29 AM

Spiros - on the question whether the POTA supplement might have been distributed more widely than Melbourne:-

For what it's worth, at the time the supplement was distributed, my family regularly bought both the "Sun-Herald" and "Sunday Telegraph", which were then (and still are) the two major NSW Sunday papers. I don't recall either of them featuring a supplement like this. That doesn't mean that it might not have been featured in either of those papers, but if it was, I'd _probably_ have spotted and remembered - and possibly saved - it.

However at that time a third Sydney / NSW Sunday paper, the "Sunday Mirror", was still being published. It was a particularly trashy, s*x & sensationalism rag which was rather like the "Melbourne Truth" in content (and in fact was actually called "The Truth" until 1958). At that time the Sunday Mirror was published by News Ltd, and it lasted until 1977 ( from memory, it then merged with the Sunday Telegraph, which News Ltd had recently purchased from the Packers). We didn't normally buy it - and that didn't particularly bother me, as it didn't even have a very good comics section. So I suppose it's _possible_ that the POTA supplement may have appeared in the Mirror. However by the mid-'70s the Mirror was also the poorest-selling of the three papers, which would obviously affect the survival chances of any copies of the POTA supplement.

However, there's the question of who published the "Sunday Observer":-
>The Melbourne Observer newspaper was first published in 1969 as the Sunday Observer.The newspaper has been variously published by Gordon Barton (IPEC Transport), Maxwell Newton [1971-77] and Peter Isaacson, until 1989.>


So since Maxwell Newton was publishing the "Sunday Observer" at the same time as he was publishing Newton Comics, the cross-promotional link is obvious and understandable. However, unless he was publishing mass market newspapers elsewhere in Australia at the same time (and I've found no indication that he was) he'd have had to strike a deal with other publishers to have the insert distributed more widely. Maybe he did - but as yet there's evidence that this occurred. Nobody has claimed to date to have found the supplement anywhere but in the "Sunday Observer", have they?

Anyway, great to finally see this item after hearing so much about it!

Received the heads up from Danny Best today.....

Absolutely thrilled to see the complete insert in all its 16 page glory. Many thanks Spiros and well done!


A terrific confirmation of something I came across a few years ago but wouldn't have dreamed existed anymore.

This has to be the most obscure and elusive of all of Max Newton's cross-media comics promotion.

The only rarer thing I can think of now is the TV commercial. Who knows - it may exist in some TV footage, sandwiched in the ad slot for Saturday morning "Hey Hey it's Saturday"?

I can confirm that the Sunday Observer was Max Newton's sole mainstream newspaper and sales would have been mainly restricted to Victorian outlets.

He did use his presses to print Newton Comics as well as other publications. In fact he exploited quite a lucrative niche in pornographic publishing with titles such as "Bedside Pleasure," "Eros" and "Colour Sexy Swingers."

Thanks to Mark and Robert for contributing thoughts on the question of distribution.

Scarcity - it certainly rates with the scarcest of Newton comics, but I hadn't really considered other promotional items... the Card Album would figure prominently in this regard, certainly in terms of demand... then there's the t-shirts advertised on the back of the issues with the coloured sleeves, which Mark has mentioned a few times in private conversation... and yes, it would be lucky if a recording of any television-related ad from the pre-VCR days has survived... maybe a studio library...?

Now if only those presses were still around with some authentic leftover 1975 newsprint so I could run off a few copies of the supplement...