Panico #2, Fingers of Fear and Avenging Spirits... or, "So that's where the Gredown covers come from...!" 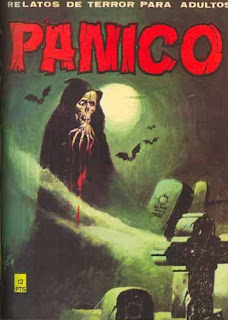 You may think you've seen this cover before, and you could bet your Fingers of Fear and Avenging Spirit that you have... but Panico #2 from 1978 came in first, courtesy of Vilmar ... and if you spend a bit of time browsing http://www.tebeosfera.com/ you will find many such samples of original sources of Gredown covers and reprint material.

I've made a start on matching many of the covers on this site to the Australian issues... It's easy to get lost on this site given both the wealth of material and the translation hurdles... But for the willing and patient, there's plenty of information on issues, artists and writers, cover artists, contents... I say roll up your sleeves, bookmark your favourite online translator (I've been using http://www.translate.google.com/), and get stuck into it, fellow Gredownphiles!

Thanks to James for putting me onto this site... and check out James' excellent articles on Johnny Galaxy and Ringo.
Posted by spiros xenos at 12:23 PM 2 comments:

Two in One - Another K.G. Murray Format Experiment 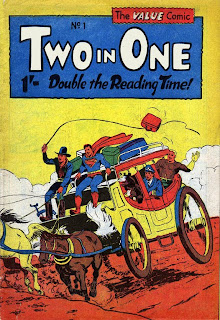 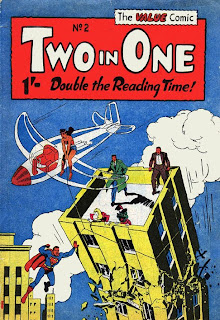 In the mid-late 1950's K.G. Murray experimented with the format of their reprint comics. Joining the regular line-up of 24- to 32-page black and white pamphlet issues were a variety of formats: 100-page titles; 148-page titles; colour issues and titles; gray-scale reprints; 292-page volumes of coverless rebound issues; digest-sized issues...
The Two in One series is one of the most curious and short-lived experiments. As the title suggests, the magazine represented twice the value to the consumer by presenting two comics pages side-by-side on the one page in the landscape format. This in itself was not uncommon for K.G. Murray - they would routinely resort to this tactic in the regular pamphlet series for one or more of the back-up features. What was novel was to use this so prominently as the rationale for a new series.

It wasn't very successful. Like the 100-page Color Giant experiment, it appears to have only lasted for a couple of issues. But at least it afforded us another couple of local (Hart Amos!) illustrations featuring popular and minor (almost forgotten - The Dodo and The Frog!) DC Comics characters.
My thanks to David Studham for the great scans.
Posted by spiros xenos at 12:55 PM 2 comments: 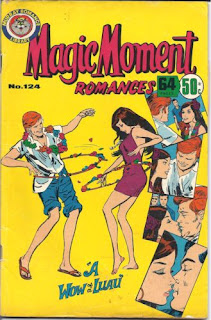 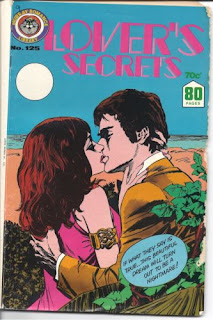 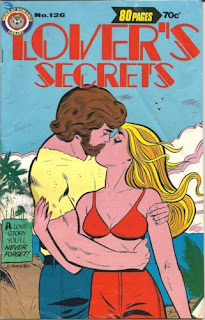 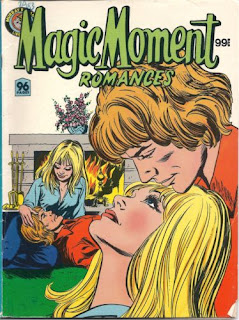 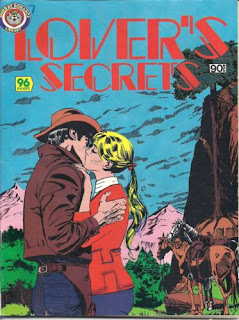 Lover's Secrets #'s 125 and 126 surprised me - I was aware of the unnumbered one-shot by the same title, but surely I would have seen one of the previous 124 issues of this series somewhere along the line... And could it just be coincidence that Magic Moment Romances #124 was the highest numbered issue of that series that I'd seen...?

And the unnumbered Lover's Secrets and Magic Moment Romances one-shots can vie for the honorary #'s 127 and 128... Maybe a pillowfight can settle it...
Posted by spiros xenos at 9:14 AM 1 comment: 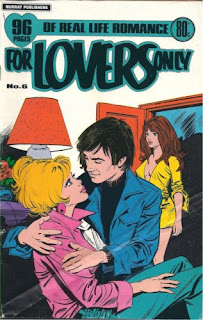 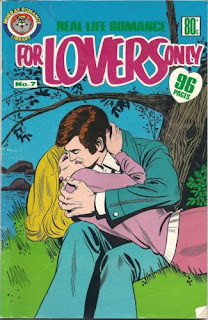 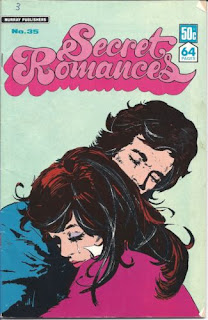 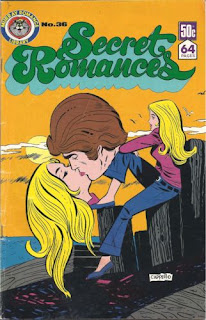 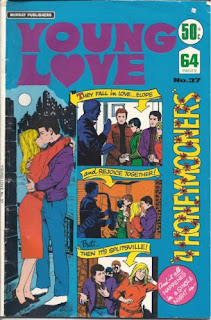 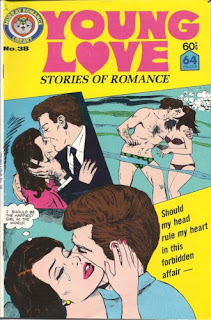 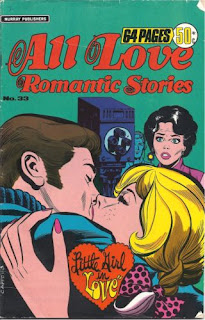 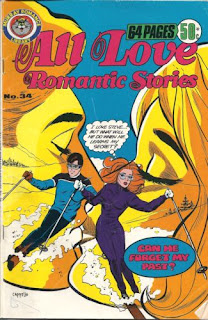 It's great to find a run of consecutive issues of K.G. Murray romance titles, especially issues which span the transition from one logo/imprint to another.
I've checked with James and his timeline, and we're reasonably confident that the Murray Romance Library imprint was effective January/February 1980, in concert with the first red Murray Comics logo.
Posted by spiros xenos at 1:13 PM No comments: 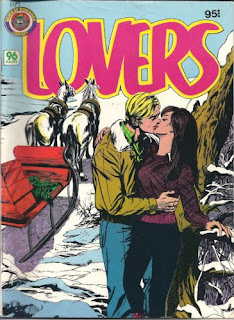 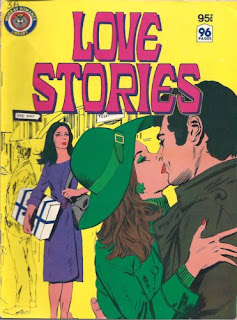 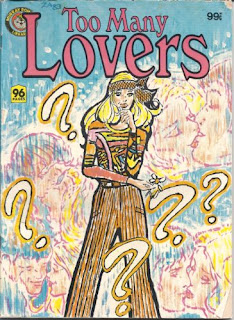 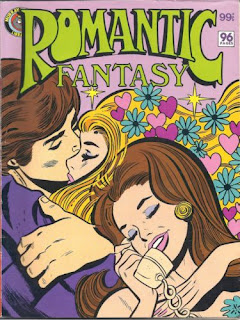 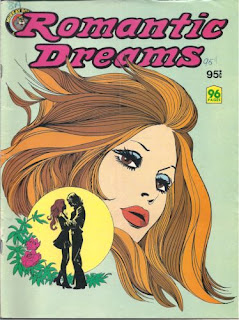 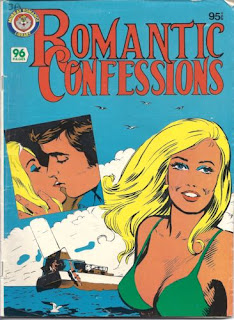 Here's a half a dozen more Murray Romance Library one-shots I picked up over the weekend, most of which I haven't seen before.
Posted by spiros xenos at 6:28 PM No comments: 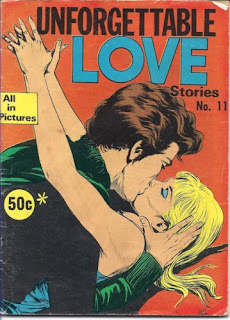 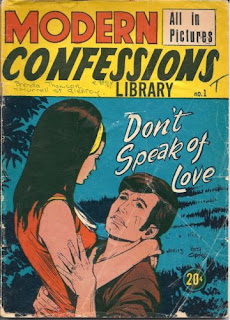 Here's a pair of digest-sized romance comics published by Page Publications, each sporting a Keith Chatto cover. At the top is Unforgettable Love Stories #11, and beneath it is Modern Confessions Library #1.

If you look closely at the cover to Modern Confessions Library #1 you can see the original owner has dated the book 29 May 1971. No idea if she still lives at the same address...
Posted by spiros xenos at 9:56 PM No comments: 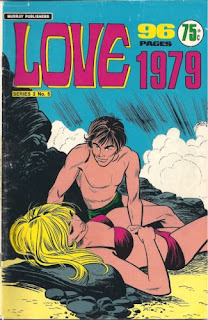 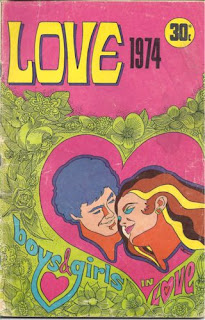 Following on from a previous entry on K.G. Murray's series of Romance Annuals, here are the covers to the 1974 and 1979 instalments, courtesy of a small haul of romance comics snagged over the weekend.
This series takes its cue (title and masthead) from the Super DC Giant series even as cover images are drawn from Charlton comics...

The 1979 issue is also part of the Planet Series titles.