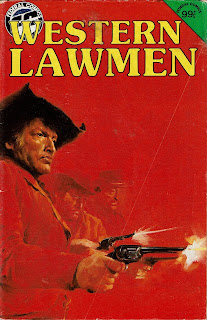 Western Lawmen is an unnumbered one-shot western comic published by Federal Comics c.August 1984. By mid-1984 Federal Comics had transitioned to the black Australian Edition DC logo, so why does this issue carry the earlier FC logo? Well, because there are no DC comics in this issue - it contains a mix of Charlton and Spanish comics. Makes sense, right? 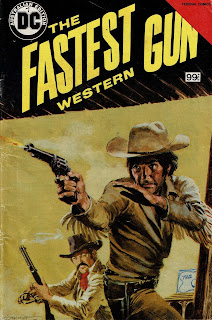 This issue also contains a mix of Charlton and Spanish reprints - no DC reprints - yet it has the new black Australian Edition DC logo on the cover. Of course, The Fastest Gun Western had been a long-running K.G. Murray series, and I guess there was some DC content during its tenure, but by the end of the series even the Spanish material had dried up and it was predominantly if not wholly comprised of Charlton reprints. But hey, it's published in the transitional phase, so let's give Federal Comics a bit of leeway. Makes sense, right? 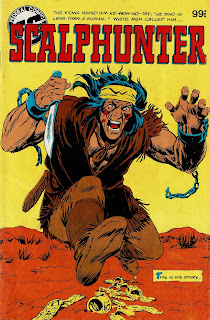 This issue collated a number of DC's Scalphunter stories, including a Batman team-up. Now, the Federal Comics logo had been in place for well over six months, and the new black logo had recently taken over the red logo. Just a month or two later Scalphunter would have had a legitimate Australian Edition DC logo. But hey, if you squint a little and hold the issue at a certain angle, the F under SC kinda looks like a D. Sort of. If you try. Makes sense, right? 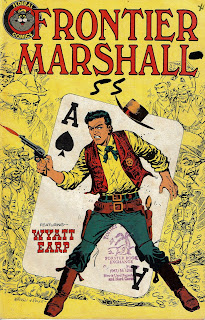