This is the cover to Newton Comics' Daredevil Special: 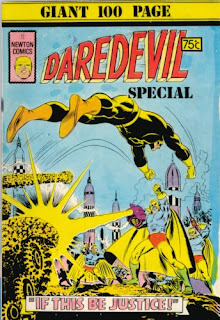 The cover image originally appeared on the cover of Marvel Comics' Daredevil #14: 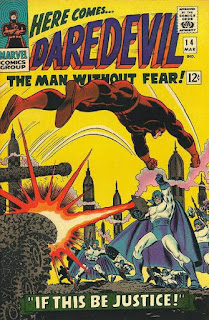 That He May See!, originally published in Daredevil #9, August 1965

Sightless, in a Savage Land!, originally published in Daredevil #12, January 1966

The Secret of Ka-Zar's Origin!, originally published in Daredevil #13, February 1966

The Daredevil stories in this issue continue from where Daredevil #2 left off, albeit with gaps. The unpublished Daredevil #3 presumably fills the continuity gap between Daredevil #2 and Daredevil Special. [Newton Triple Action] #NN[4] subsequently picks up the trail.

This is the splash page to [The] Mysterious Masked Matador! as it appears in this issue: 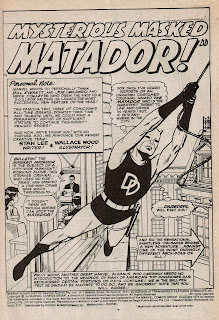 The section above the text box has been modified. Compare to the original page as per my Marvel Masterworks: Daredevil Nos. 12-21 First Printing: 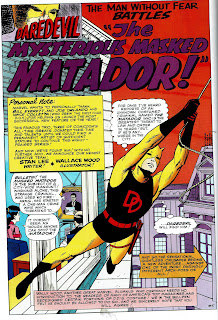 The last page has also been modified: 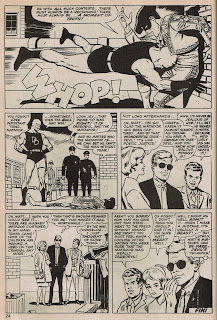 The last panel ends without the next issue blurb on the original page: 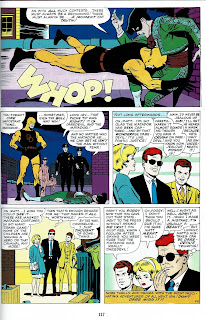 A similar modification is on the last page of The Stiltman Cometh!: 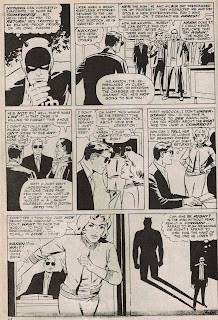 Here's an enlarged scan of the original panel: 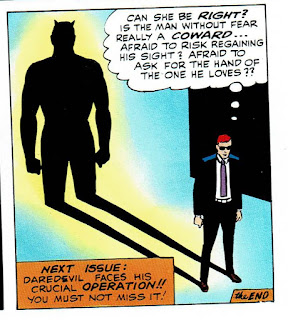 This issue includes a number of single-page in-house ads/filler pages: 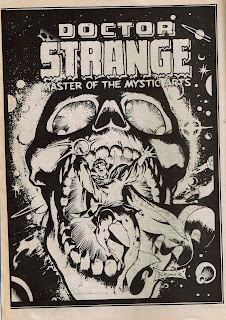 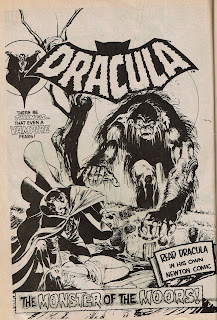 This is the cover to Newton Comics' previously published Dracula #5 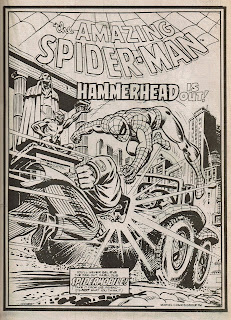 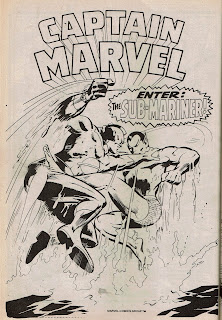 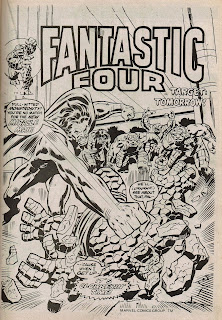 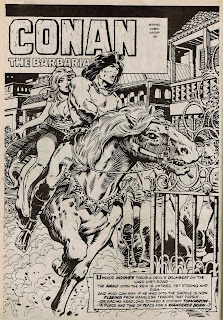 It's surprising to find that six pages were used up with filler material when The Secret of Ka-Zar's Origin was printed 10 pages short. Not to mention the fact that the cover is drawn from the Daredevil issue following the Ka-Zar story!

Indexing titles should be a relatively straightforward exercise. As per the GCD rules, the indicia title provides the legitimate title, and if there is no indicia title, then one defaults to the cover title. Plenty of Newton comics have unreliable indicia, especially from this period in the publisher's history. This issue states Daredevil as the title in the indicia, which is clearly insufficient if we are to distinguish it from the two issues in the regular ongoing series. Daredevil Special appears to me to be the appropriate title. However, as per other Newton issues, the Giant 100 Page banner begs to be included in the title, so I have no quarrel with anyone referring to this issue as Giant 100 Page Daredevil Special, or Daredevil Giant 100 Page Special, even if some grammatical licence is necessary to do so.

As per my batching of issues in the post-August 1976 period I date this issue to January 1977.
Posted by spiros xenos at 8:39 AM

Newton Comics are gradually being completed on the Comics Price Guide web-site but still many to go. I would have listed this 3rd issue as a Special under their labeling. This was a GREAT bumper issue to catch up on all those early Daredevil stories. https://comicspriceguide.com/titles/daredevil/uhxqm

Good to see more indexing happening, Robert. When you say you "would have listed this...as a Special" do you mean you wanted to but weren't able to? Or are you reconsidering the title for indexing purposes?
I note that both GCD and AusReprints refer to this issue as Daredevil Special #1.
I suppose that, given "Daredevil" is the title in the indicia, this issue could legitimately be indexed as Daredevil #[3]. Or Daredevil [Special] #NN/[3]. Or Daredevil [Giant 100 Page Special]… The problem stems from the notoriously unreliable Newton indicia. As you know, many such issues lacked a title in the indicia altogether, and the cover titles/banners on the Annuals and Giants also varied, which makes it difficult to settle on a standard which satisfies our penchant for order and symmetry where there is none. I'm about to index the Fantastic Four Annual and The Avengers Annual which present their own little challenges in this regard.
And yes, a great issue - texta colouring on the cover notwithstanding....