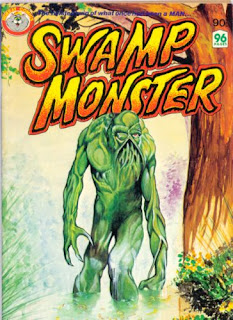 This issue was published c.February 1981 and the contents are indexed on AusReprints.

The source for the cover has eluded me for years and I can finally shed some light on its provenance.

This is an illustration by none other than Berni Wrightson from a 1974 colouring book titled The Monsters Color-the-Creature Book: 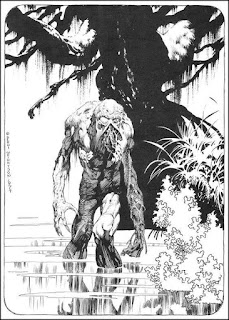 As Wrightson says, "[I]t turned out rather crummy... My heart wasn't really in it."

It appears to have been adapted and/or modified for the cover of La Cosa Del Pantano, a Spanish album edition of Swamp Thing: 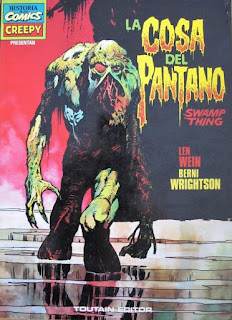 This appears to have been published in 1983 - two years after Swamp Monster - which suggests there is yet another earlier iteration of this image to be unearthed, quite likely from a European comics publisher. When this elusive edition turns up we might see the source of the rather distinctive art modification and colour palette of the K.G. Murray edition.

Fantastic research! I love this Australian issue of Swamp Thing aka "Swamp Monster" and have always wondered where the art or homage for it came from.