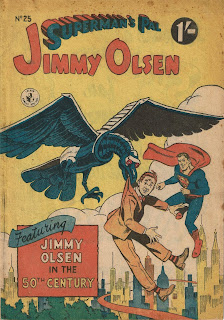 The main features are:

There is also a full-page Shorty filler from Action Comics #195, August 1954, and smaller fillers Quick Quiz and Movie Mirth at the end of the Tommy Tomorrow and Aquaman features respectively. The three main features were subsequently recycled by K.G. Murray in Colossal Comic #27. They were accompanied by the associated shorts.

This issue contains an in-house advertisement for the Superboy series: 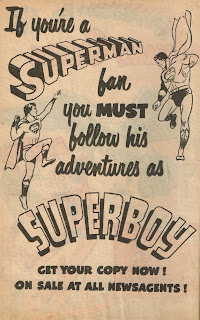 The cover to Superman's Pal Jimmy Olsen #25 is by an Australian artist. This was necessary as the lead story was not the cover feature in Superman's Pal, Jimmy Olsen #17 - and besides, that cover had already been published in the previous K.G. Murray issue.