Newton Comics' The Fantastic Four #1: Querying the publication date and the cover

Here's a cover scan of my copy of Newton Comics' The Fantastic Four #1: 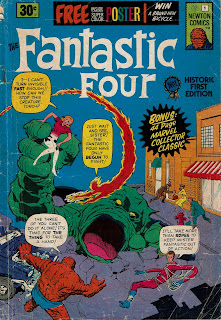 Here's a scan of a pre-production advertisement for The Fantastic Four #1 as it appears in Newton Comics' Planet of the Apes #1: 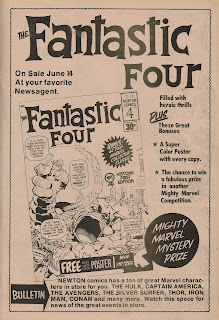 As you can see it is the same image albeit with somewhat lower resolution and cropping on the right hand side. The difference between the two is in the text overlays and the caption boxes.

The advertisement announces an on sale date of 14 June. The 14 appears to have different characteristics to the rest of the date related text.

Something else of interest - see below a scan of the original Marvel cover to The Fantastic Four #1: 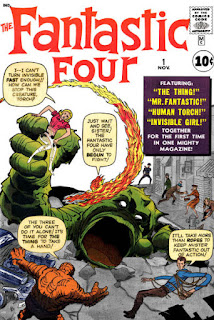 Quite apart from the colouring, there are distinct differences between this and the Newton Comics edition. In particular, look at the male figure on the right hand side near the fire hydrant and above Mr Fantastic's speech balloon. The original cover clearly looks like a Jack Kirby figure - even if the pencil work is too small to identify it, the posture is pure Kirby. However, the figure in the Newton Comics edition is completely different. In fact his shoe intrudes into the speech balloon!

I'm sure there's a story behind this that Kirby experts have addressed before. I'm no Kirby expert, but I'm interested as to how this came about, so if there's a good article online or in The Jack Kirby Collector or some other reputable source about this, I'd be grateful to be pointed in the right direction.

Update 21/11/2018: Marvel published a facsimile edition of The Fantastic Four #1 in 2018 with the original cover. (A shame about the bar code and the new cover price.) 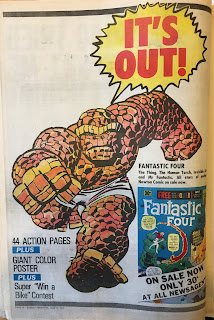 It appears conclusive that this issue was indeed published 14 June 1975.

The following two advertisements appeared in the Sunday Observer in successive weeks, 22 June 1975 and 29 June 1975 respectively:

Given they advertise The Fantastic Four #1 as being currently on sale until at least the end of June 1975, this does at least confirm my assertion above The Fantastic Four #2 was published in July 1975, meaning this series was not published on a fortnightly schedule as other Newton books were at this stage, although it would be shortly.

Update 15/5/2019: Here's a good rundown on the alternate covers by someone more expert and eagle-eyed than moi - there are more differences than I initially noticed.
Posted by spiros xenos at 6:11 PM

Hi, love your posts. I think that the Mexican La Prensa and the UK Allan Class editions both used the original FF#1 cover. Not sure about the Norwegian 1968 edition since there are some redrawing/differences going on at that particular cover.

Thanks for the information. I've had a quick look for the Mexican edition and found an image on GCD: https://www.comics.org/issue/547296/cover/4/

Then there is the Norwegian edition from 1968, but they did some small changes there:
https://www.comics.org/issue/347378/

Still I'm not sure if the changes they did are based on the original or not. What do you think?

Thanks for the links, Pablo. Yes, the source does appear to be the original art on these samples, not the subsequent modified Marvel version, and as you say, they include modifications expected on local/international editions. I note these issues are published in the 1960's. I'm curious when and why Marvel instituted the modified version.