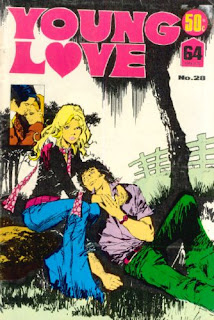 This cover was recycled a few years later  - without the inset - by Federal for their one-shot issue Romance Time: 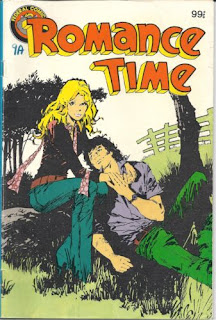 Apart from the cover there does not appear to be any other connection between Young Love #28 and Romance Time. 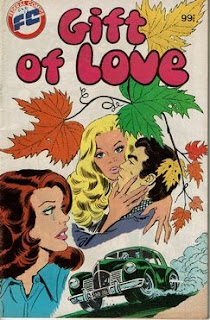 What I can say is that a later Federal romance comic - Gift of Love - may have borrowed the title from a one-page story in Romance Time. 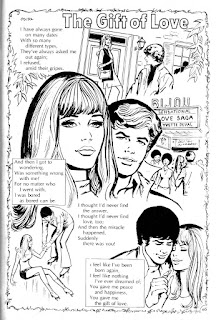 "The Gift of Love" stands out not only as a single-page story, but because it is a poem with spot illustrations, rather than a comics story per se.

As you can see, the art on the cover of Gift Of Love is not related to the art in the story, but many of the one-shot Federal romance comics did sport covers based on the interior art of the issue - typically the splash page - with titles completely unrelated to the story titles. 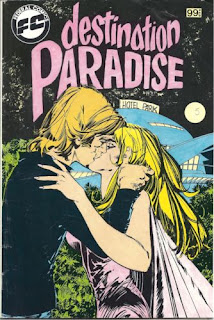 For example, the cover to Destination Paradise is from the splash page of "Heart of Stone", the first (untitled) story in this issue, which originally appeared in Charlton's I Love You #121. 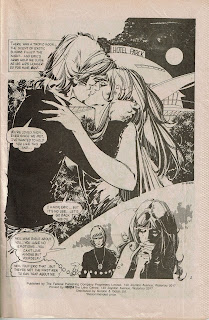 However, there is no "Destination Paradise" story in this issue, even though it is the title of a story which appeared in Charlton's My Only Love #6 - which takes us back to Murray's Young Love #28 where we started.
Posted by spiros xenos at 4:26 PM