The Avengers #7: The curious case of The Swordsman's helmet 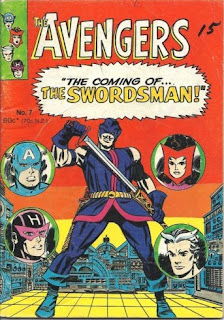 There was a time Page Publications' The Avengers #7 was a bit special. For some reason, this digest edition presented an alternate cover to the US edition of The Avengers #19.

The interesting difference is not so much the colouring as the line work, evident in the Swordsman's helmet. The original has a sharp fin, whereas the alternate has a broader, flatter top. See below for image courtesy GCD: 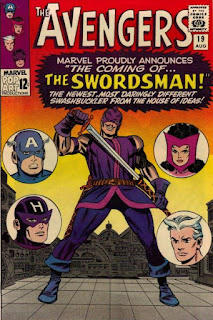 As I understand it, the sharper fin was a modification by Don Heck over Jack Kirby's original, but I'm happy to be corrected on this.

All well and good. Until I discovered, some months ago, courtesy of an overseas collector, that the original version had been published many years before the Australian edition in the UK edition of Terrific! #28: 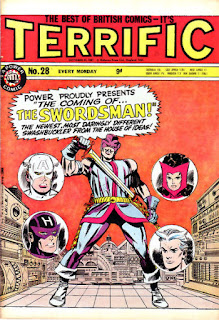 The colouring may be even poorer on this edition, but the linework is clearer for the purposes of comparison.

Again, all well and good. Until I happened to be browsing through my copy of Marvel Masterworks #19, and realised that the original version is the one which has been included in this volume too: 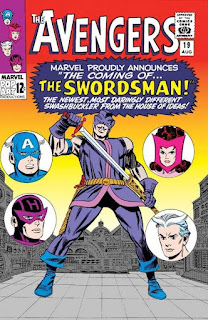 Well. sort of... because, on further digging, courtesy of GCD, I've found more instances in which the original image was used, before the Masterworks edition was published. For example: 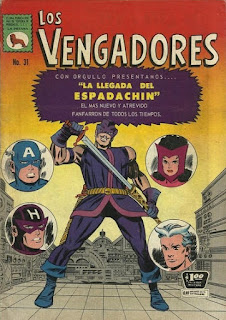 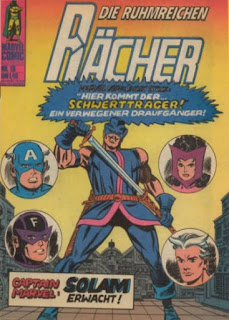 But it does mean the little Australian edition is not quite as exclusive as it once appeared.

Update 16/6/2019: As it turns out, it's not even an exclusive Australian variant - the flat top version was published before the Yaffa edition by Newton Comics on the cover of The Avengers #15: 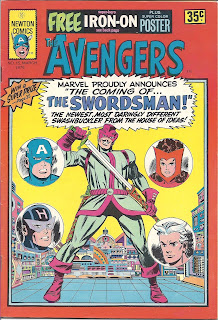 I really should have noticed this earlier but I didn't get my copy of the Newton edition until recently.

Note the colouring of The Swordsman's costume is close to the Terrific version.