In confirming a 1984 publication date of a Yaffa Marvel comic I had to ask the question: Did the Yaffa Marvel issues overlap with the Federal Marvel issues? In order to answer this I have quickly checked my box of Federal Marvel comics for any issues which have some supplementary dating evidence on them beyond the 1984 indicia date. I have only spotted one so far but I think it is instructive, if not conclusive. 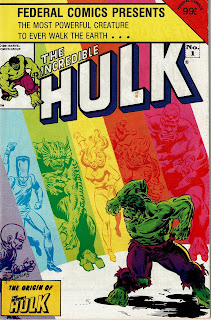 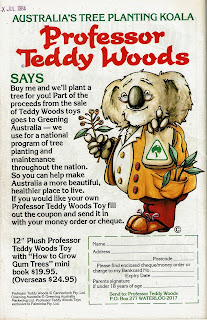 This indicates to me a sell-by date, and therefore a publication date of May 1984.

This issue includes an advertisement for Marvel Tales #1: 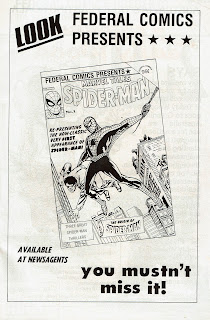 As I have detailed before, Marvel Tales #1 is actually the first issue in the ongoing The Amazing Spider-Man series. 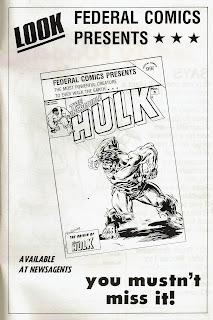 I am not surprised that a Spider-Man issue or series operates as a flagship title for launching a publishing program - I think the precedent for Yaffa in Australia was Newton Comics - but assuming my interpretation of the date on The Incredible Hulk  #1 is accurate, and that the stamped date itself is authentic, what the apparent concurrent release of these two issues strongly suggests is that Federal began their Marvel reprints in May 1984. Which dovetails rather neatly with the March 1984 on-sale date of Yaffa's The Legend of Conan.


I'm aware that these conclusions are drawn from a small sample, and I may be suffering confirmation bias. It's quite possible that evidence to refute these end and start dates may arise. For example, I may come across a Yaffa Marvel issue with a date later than March 1984, and a Federal Marvel issue earlier than May 1984. And given my belief that Yaffa's licence had well and truly expired by this time, and that the publication of the recycled and often retitled $0.75 issues was post-licence, indicia notwithstanding, a small overlap on the newsstands wouldn't shock me.

At any rate, the detailed dating and crosschecking of the Federal Marvels is a project for another time. The evidence above is something that popped out at me prompted whilst I was researching the Yaffas. In the meantime, if anyone has anything to add regarding this early period of 1984 - especially date notations or stamps - please do so.
Posted by spiros xenos at 2:31 PM