House of Fear! A bit of Murray surgery 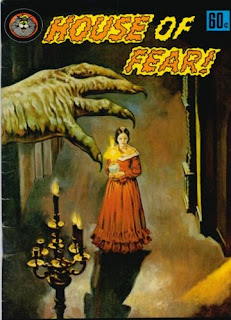 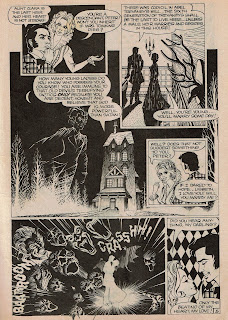 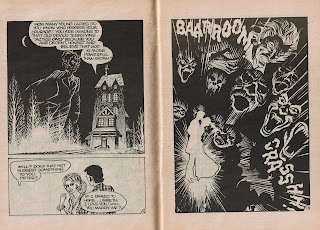 House of Fear! is an unnumbered one-shot digest sized issue from Murray Comics circa 1982-83.

House of Fear! previously appeared in Murray Comics’ Planet Series 3 No. 2 issue of Haunted Love in 1980, and I believe this is where the House of Fear! version is sourced from.

What’s interesting is the rather radical surgery performed on the strip to reformat it into the digest-sized dimensions, as you can see from the sample scans above. This is one way in which the Murray digests differ from the Yaffa/Page digests, as the latter tend to simply be scaled down versions of the source material with their pages otherwise intact and in proportion. This sort of surgery has a long track record from Murray, going back at least to the 1960’s Superman Super Library series.

Murray digest-size titles and issues aren’t as common as the Yaffa/Page ones, at least for the superhero and horror genres, but there are a few around, and pending a bit more research I want to present another one soon.
Posted by spiros xenos at 6:10 PM