Here's a cover gallery of my collection of Yaffa/Page Publications' The Invaders: 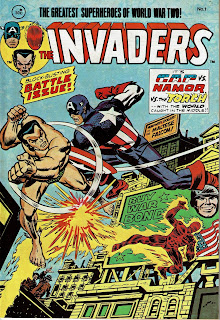 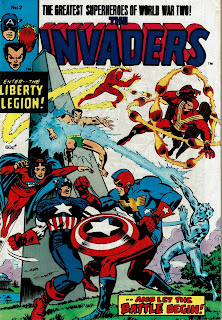 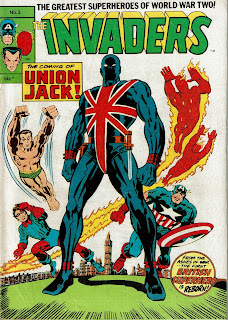 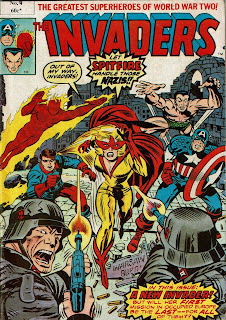 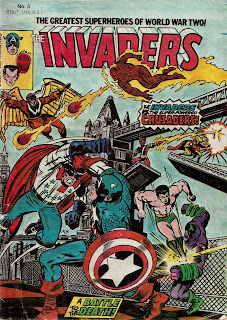 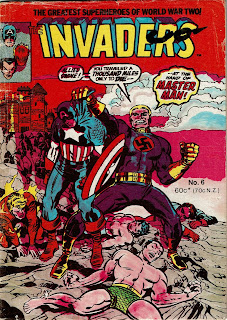 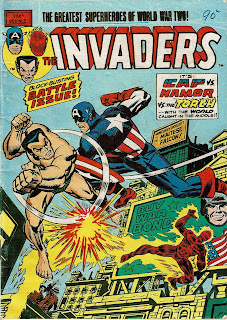 I believe this is the complete run of this series. However, I am mindful that the digest-sized issues #'s 5 and 6 are 'short' editions, and a series such as this, with many more issues ostensibly in the can to be published, generally had one or two 'long' digest editions published before the recycling began. So, like my Peter Parker The Spectacular Spider-Man cover gallery, I'll call it complete until another issue turns up.

The dates noted above are approximations based on my information to hand. I have a mental asterisk next to a couple of them pending future evidence that will hopefully be forthcoming.

Update: I can confirm there is a 7th issue in this series.
https://notesfromthejunkyard.blogspot.com.au/2017/12/the-invaders-7-yaffa-edition.html
Posted by spiros xenos at 9:58 PM