If you were buying Murray Comics off the shelves in 1980 you would have come across an array of genres, titles, formats and price points.

Splashed over the top right hand corner of some of the issues was "200 prizes to win", and cutting across the bottom of those issues was a banner emblazoned with "Detail Inside Super Easy-To-Win Contest 200 Great Prizes". For example: 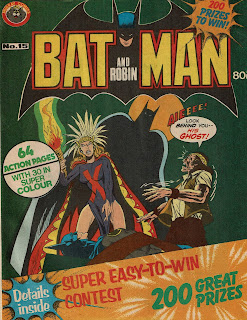 The contest in question was the Super Seven Seas Stamp Contest, and the details were offered in the middle four pages of the issue concerned: 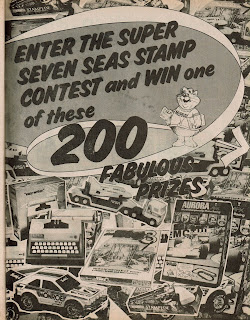 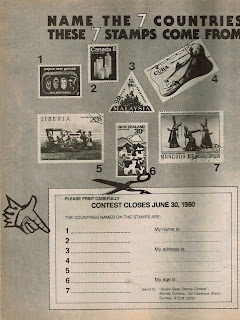 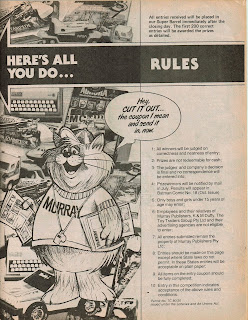 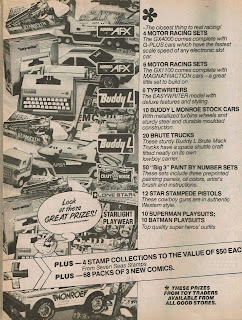 These advertisements provide a link between disparate titles, genres and formats, and also provide baseline dates of interest to those of us trying to make sense of this period in Murray's publishing history.

The first date of interest is on page 2 - "Contest closes June 30, 1980". Any Murray comics issue with this contest was published on or before this date.

The second date of interest is on page 3 - "Prizewinners will be notified by mail in July. results will appear in Batman Comic No. 18 (Oct. Issue)". Sure enough, in Batman and Robin #18, the following appeared: 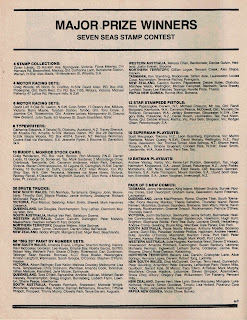 So let's examine some of the comics which were published with the Seven Seas Stamp Contest. As we shall see, this was a period of flux within the Murray office.

For example, the Batman and Robin series and the Superman series had just begun their short-lived runs as part full-colour, part black and white oversized issues. Batman and Robin #15 was the first such instalment, and Superman #16, which also carried the Seven Seas Stamp Contest, was preceded by the oversized Superman #15. These were 64-page issues with an $0.80 cover price. Other non-superhero series, such as Teen-Age Pebbles and Bamm-Bamm and The Flintstones' Neighbours Barney and Betty Rubble were also published in this format.

Other issues such as Aquaman Album #5, Bumper Batcomic #17,  and Giant Superman Album #40 were regular-sized 96-page editions with a $0.90 cover price. Each of these issues registered a price hike of $0.10 for the occasion. I date these issues to June 1980

Weird Mysteries #43 experienced a change in title from Weird Mystery Tales, and rose to $0.60 with 64-pages - oddly, matching Haunted Tales #38. This issue also appears to date from June 1980.

Doomsday Album #16 also has the $0.90 cover price and 96 pages, but is interesting as it follows Doomsday Album #15, which was the only oversized edition n the series. However, unlike the Batman and Robin or Superman series above, this was an all black and white issue with no full colour section.

Savage Tales #18 was also $0.90 for 96 pages, and was the first large format issue in the series. It would maintain this format until the end of the series, including the unnumbered #19.

And speaking of unnumbered and retitled issues coinciding with this contest period, a number of 'missing' issues such as Super Action Album #18 and Adventure Comics #5 and Supergirl #37 all date from this general period mid/late 1980.

Some issues with the contest appear to date earlier than June 1980 - possibly as early as April 1980. And some issues are a bit too ambiguous data-wise to make a call at this stage. As more data comes to hand, a clearer picture will emerge in this regard.

I wasn't buying comics in 1980, so this period of Murray publications - transitioning from Planet Comics and heading towards the Federal Comics era - has always been somewhat amorphous in my mind. The variety of formats at the time means they don't even settle in the one place storage-wise - throw in digests and you see what I mean - so examining them from the perspective of a baseline has been interesting and revealing, if only to confirm that there was indeed a rather bewildering range of formats and widespread chopping and changing of titles c.June 1980.
Posted by spiros xenos at 3:49 PM