Whitewashed and recycled and made for loving: Wonderful Love Stories 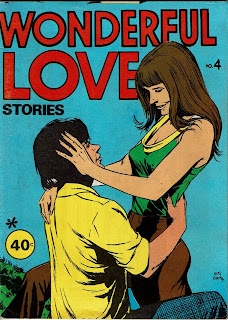 The cover was recycled for the following issue, Wonderful Love Stories #5: 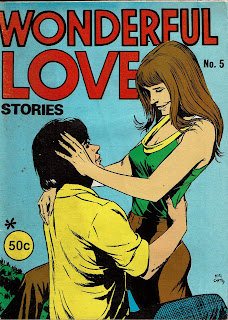 Wonderful Love Stories #5 contains the story Girls Are Made for Loving. this had been reprinted by Page Publications at least three times before, in the following issues: 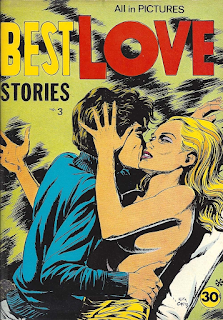 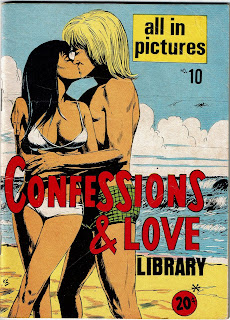 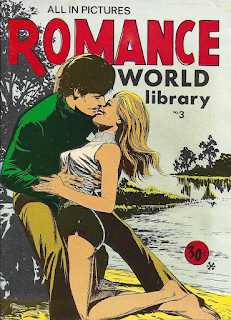 Romance World Library #3 is an interesting case. According to AusReprints, the title on the splash page was removed. In Confessions & Love Library #10 and Wonderful Love stories #5, the title is intact, but the page numbers and original source information is whited out. The story originally appeared in MV Features' Dream: A Romantic Picture Story #11. It was subsequently printed in another UK comic, Sabre Romantic Stories in Pictures #45.

Update 24/10/2018:
A Stranger Called Love was also published in Romance and Confessions Library #78: 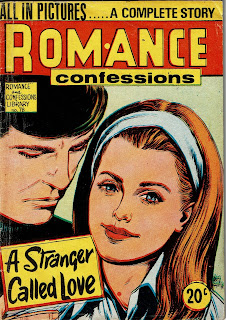 I referred above to the original publication of A Stranger Called Love being in Dream: A Romantic Picture Story #18. This was based on the page reference D18 on the bottom of each page. This is further supported by the note on the GCD index to Dream #16 which notes an advertisement promoting the forthcoming release of A Stranger in Love in #18. However, the GCD index to Dream #18 claims the story is Love So Blind. I note there is not cover image to this index, and that Love So Blind is the story in Dream #16. I expect to be able to confirm A Stranger Called Love did indeed originally appear in Dream #18 at some point.
Posted by spiros xenos at 4:02 PM