This is the cover to the second issue in the Newton Triple Action series: 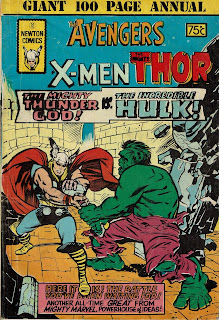 The cover image is adapted, with some art extension above the heads of Thor and The Hulk, from the cover to Journey Into Mystery #112: 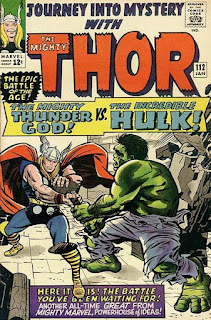 Unlike Newton Triple Action #1 this issue is not titled thus on the cover but it is titled so in the indicia.


The Road Back, originally published in The Avengers #22, November 1965

Monster Of The Monoliths!, originally published in Conan the Barbarian #21, December 1972

Prisoners of the Mysterious Master Mold!, originally published in The X-Men #15, December 1965

The cover features - The Avengers, The Mighty Thor, The X-Men - plus Conan are all pretty much pick up from where the various ongoing series ended. 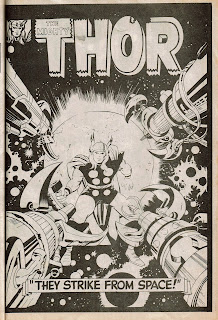 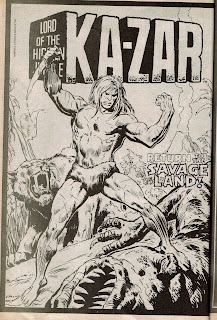 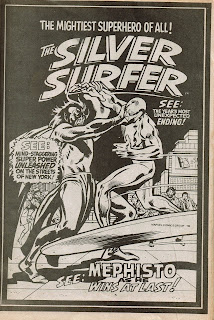 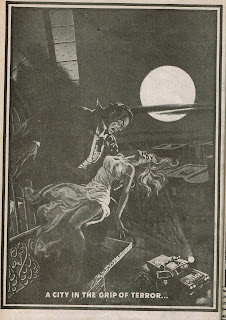 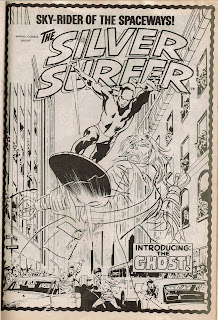 As you can see, all of these images originally appeared as cover material, and it is likely that some or all would have been Newton covers had the publisher continued. Of course, the cover to Dracula Lives! #10 had previously appeared on the cover of Newton's Dracula #4. 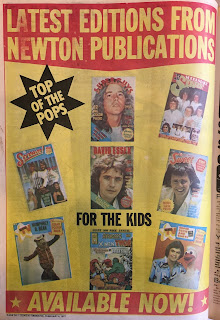 This advertisement also appeared in the Sunday Observer 20 February 1977.

This issue carries advertisements for other Newton magazines - TV Stars (The Sullivans), Scream! (Mark Holden), and Superstar! (Fonzie versus Barbarino) - Set B in my schema for dating the post-August 1976 issues. I date such issues to January 1977, however it is possible Newton Triple Action #NN[2] was published as late as 5 February 1977.