This is the cover to Newton Comics' Newton Triple Action #NN[3]: 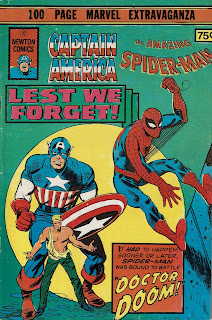 The cover is a composite of Captain America from the cover of Tales of Suspense #63: 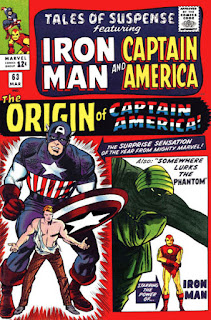 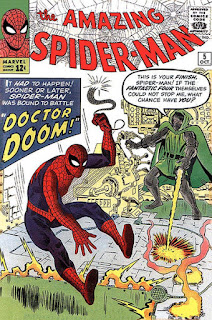 Of course Newton Comics had previously published this as the cover to their own The Amazing Spider-Man #5.

Lest We Forget!, originally published in Captain America #112, April 1969

The Vengeance of Loki!, originally published in Journey Into Mystery #88, January 1963

The Goblin and the Gangsters, originally published in The Amazing Spider-Man #23, April 1965

The reprint of Captured by J. Jonah Jameson! begins with a reprint of the cover to The Amazing Spider-Man #25: 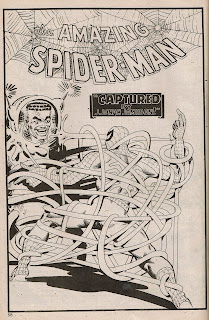 Stripped of the publisher's logo, CCA and cover price, the cover image operates as an extra splash page or pinup.

Thor is not present on the cover of this issue but the inclusion of the Thor story justifies the Triple Action title.

Similarly to the Spider-Man story above, the Thor story begins with a reprint of the original cover from Journey Into Mystery #88: 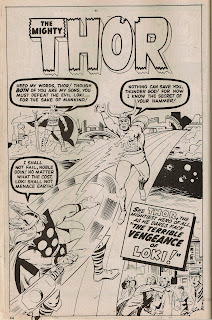 Interestingly the Journey Into Mystery masthead has been replaced with The Mighty Thor.

Both this cover and the Spider-Man cover above were probably earmarked as covers for the respective ongoing series.

This Thor story is a little bit more difficult to place in Newton continuity than the Captain America and Spider-Man stories. It could be said to belong to the Thor backup stories between The Amazing Spider-Man #2 and #3, but that series of Journey Into Mystery reprints was so unhinged continuity-wise, trying to place it is a rather futile exercise.

This issue does not contain any in-house advertisements for other Newton comics. There is a single page Conan the Barbarian illustration: 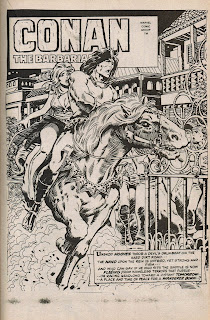 This illustration was previously published by Newton as a colour poster in Planet of the Apes #5. It is slightly adapted for inclusion in this issue as a pinup/page filler.

This issue is part of a set of issues I have grouped together based on the colour advertisements on the inner front and rear covers. I designated these issues as published in late February/March 1977.

I have spotted three copies of this issue with newsagency date markings. Two of these have 5 written on the cover, and the third has a 6 written on it. These newsagency markings tally with the date I have attributed to this issue in particular and the set in general.
Posted by spiros xenos at 9:06 AM