This is the cover to the fourth instalment in Newton Comics' Newton Triple Action series: 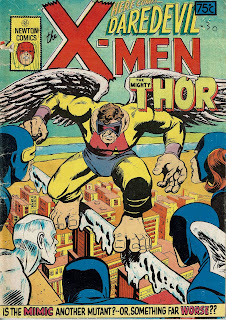 The cover image originally appeared on the cover of Marvel's The X-Men #19, April 1966: 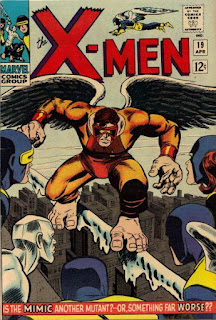 It was also published on the cover of Yaffa's The X-Men #7: 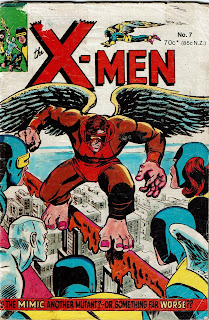 There Shall Come A Gladiator!, originally published in Daredevil #18, July 1966

The Vengeance of the Thunder God, originally published in Journey into Mystery #115, April 1965


I have not closely inspected the above reprints for minor alterations to splash pages and the like, but I do note that the 9th and 10th pages of There Shall Come A Gladiator! are omitted. The missing pages were included in Yaffa's digest-sized Daredevil #7: 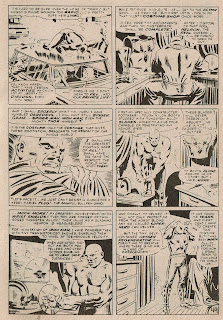 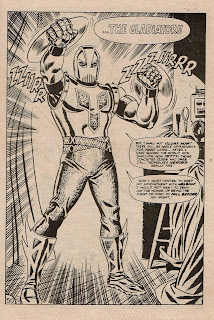 I have not completed my indexing of all the Newton comics but it appears to me that the contents above had not been previously published by Newton. The X-Men stories pretty much pick up from where The X-Men series and The X-Men 100 Pages Super Special left off, with some gaps. Similarly the Daredevil stories pick up from the Daredevil series and the Daredevil Special, again with some gaps. And, as previously discussed, rounding up the Thor stories in the various Newton comics is like herding cats. In the fullness of time I will be able to list what was published, what was recycled, and what was omitted in particular runs of features.

This issue does not contain any in-house advertisements, posters or editorial/letters pages. The only advertisements included are on the inner and rear pages, advertising other Newton magazines as per my Set D dating designation. 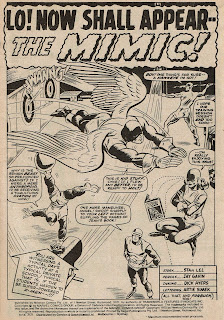 Here's a detail scan of the relevant detail:

As you can see, there is no title in the indicia, and the uncapitalized "published" suggests a title was intended but omitted.

Regardless, this is a Newton Triple Action issue in all but official name.

This issue was advertised in the Sunday Observer 27 March 1977:

This advertisement also appeared in the newspaper a week later. So we can ascribe a publication date of March 1977 to this issue.
Posted by spiros xenos at 11:45 AM