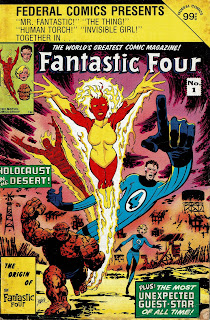 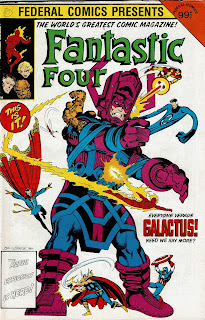 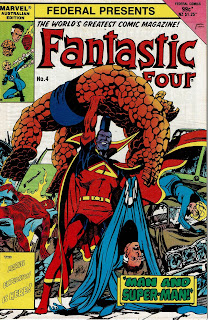 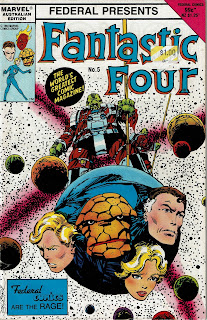 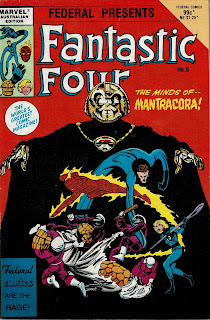 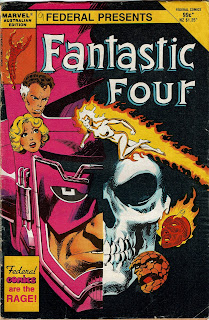 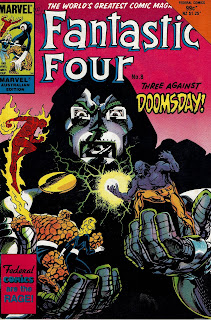 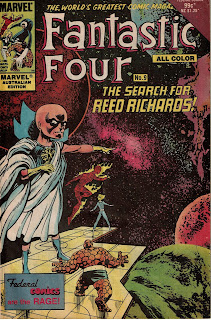 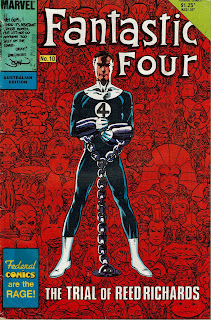 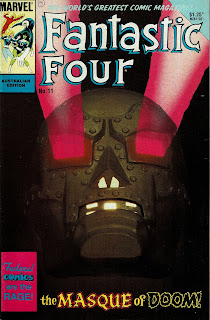 The dates are my best guesses with the data to hand. Many are certain, however there are a few issues which may be tweaked, but only by a month either way.

Whilst the advertisements on the rear covers and inner front and rear covers tally almost completely with their Federal DC counterparts, I realised some time ago that the Federal Marvel issues contained tailormade letter columns in the last few issues of their respective series. I've started to identify, log and date them, but I still have quite a few issues to get through before I can finalise that exercise.
Posted by spiros xenos at 12:22 PM

Nice to see someone has a full set... I suspect no one bought a full set at the time!

Back in the mid 1980s, I was going to a comic shop that occasionally missed issues from the US — It always seemed at the time that the distributors gave priority to the US market, and if there wasn’t enough copies to send to Australia, well, tough. When that happened, I would eventually buy the Federal issue six or twelve months later to catch up. At other times, when I was looking for anything to read, I would pick up a Federal issue as a ‘try-out’. If I liked it, I typically bought the US back issues and caught up.

That left me with a random cluster of Federal issues, some gaps filled in later. It still isn’t a priority for me!