That bloody Chatto: Bring it on! 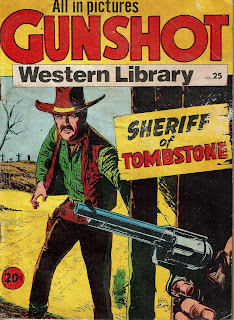 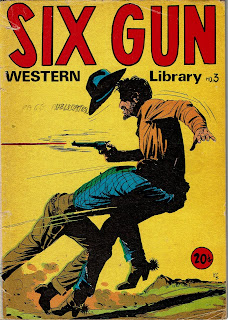 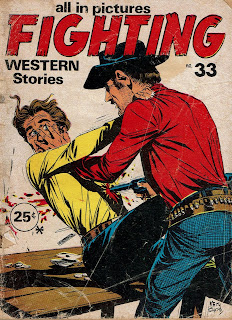 All three covers are illustrated by Keith Chatto.

I like how the cover images become progressively more violent. I suppose subsequent reprintings will feature brain-splattered corpses. One can only hope. His horror issues certainly knew the drill, even if the westerns lagged behind in this regard - consider the cover to Nightmare Suspense Library #3, a $0.20 cover-priced issue: 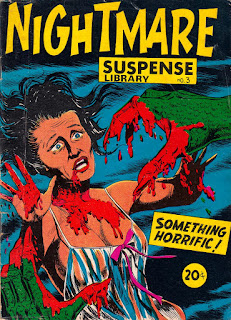