Planet of the Apes #12: The Newton edition

Newton Comics' Planet of the Apes #12 is cover-dated November 1975: 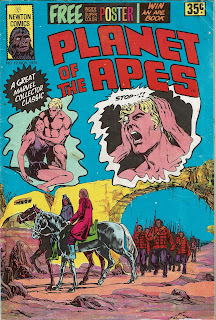 The front cover is a composite of three separate images from this issue. The image with Brent screaming Stop--!! is from the bottom of page 9: 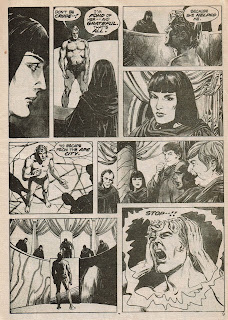 The image of Brent and Nova is a detail from the last panel on page 23: 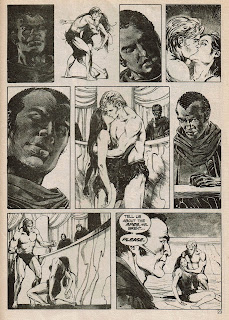 The image of Zaius, Ursus and the army is from the bottom of page 27: 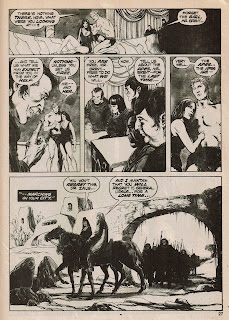 [Beneath the Planet of the Apes Part IV]: The Horror Inquisition


Kingdom On An Island Of The Apes [Chapter 2: Arrival]


Both stories originally appeared in Planet of the Apes #9, June 1975.

The Horror Inquisition chapter contains the first 21 pages of the 26 page story.

Arrival is 4 pages only, continued from Planet of the Apes #11.

The crude chopping up of the stories into segments seen in previous issues continues in this issue. The first page of Arrival in the Newton edition includes a Kingdom On An Island Of The Apes title: 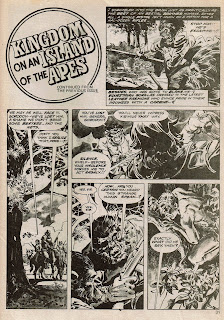 However, in order for this to be accommodated, once again a panel is sacrificed. The difference this time is that rather than deleting the first panel on the page, the second panel is deleted. This is the relevant page from Marvel's Planet of the Apes #9: 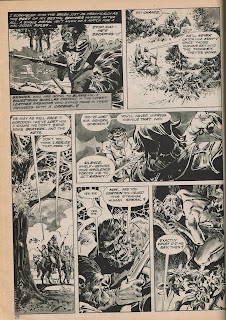 The first panel was probably favoured because it contained a caption box which oriented the reader to some degree.

The poster is a poorly miscoloured print of the cover to Newton's Conan the Barbarian #5.

The contest in this issue expires 29 December 1975. 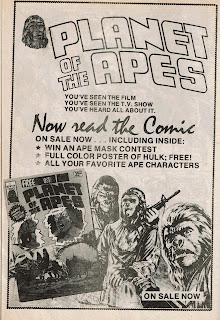 This is scanned from The Silver Surfer #3