Be Outta Town Before Noon, Kid! - or the Queen's English will getcha! 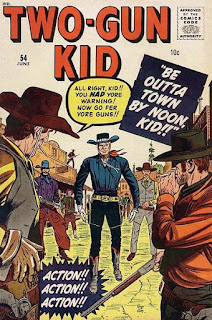 This story was reprinted in The Mighty Marvel Western #14: 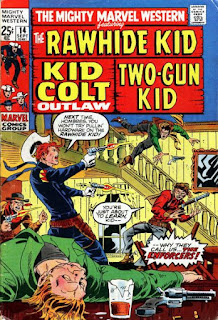 As the indexer of the GCD entry notes, the Two-Gun Kid was redrawn in this edition, adding his mask and outfit to reflect his contemporary appearance. To illustrate, compare the figure of the Two-Gun Kid in the original version to the redrawn masked version: 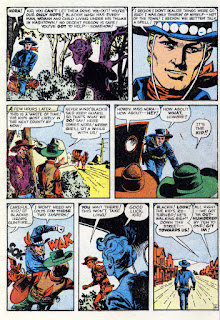 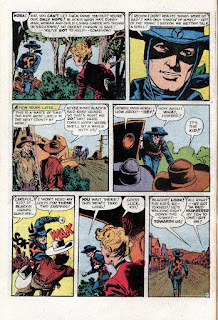 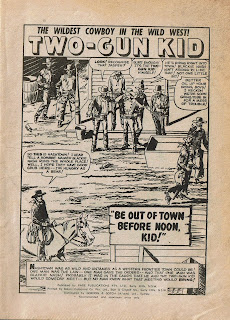 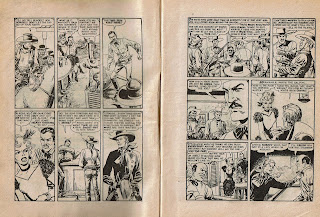 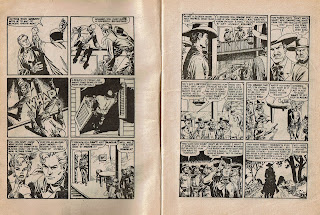 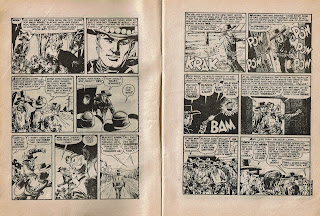 Clearly these pages are as per the original Atlas version. Except...The title of this story is : Be Out Of Town... The Queen's English, y'know...

For comparison, here's scans of the splash page in the Atlas and Marvel editions respectively: 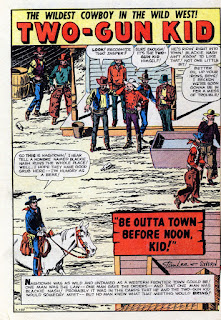 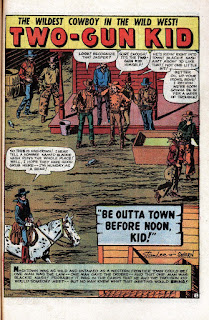 The scans above of the Australian edition are from my copy of Gunslinger Western #4: 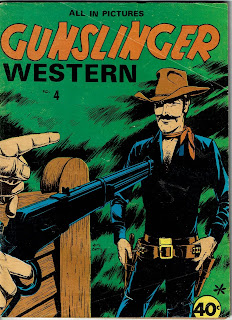 It was published earlier in Maverick Western Library #7: 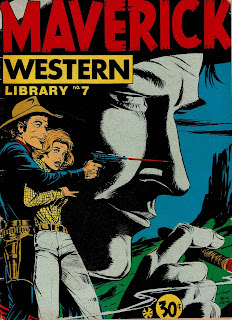 and in Tin Star Western Library #38: 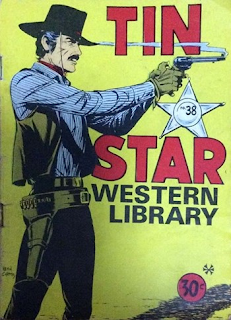 All three Australian covers are by Keith Chatto, and they have nothing to do with Two-Gun Kid at all, which is fine by me.