Mr. and Mrs. Superman was a feature which ran in DC's The Superman Family series. It's a series which is probably best categorised as fondly remembered rather than one over which fanboys get passionately obsessive, but I do note that there have been calls once or twice for a trade paperback collection.

Maybe the closest we'll come to such a thing is this one-shot Murray Comics issue: 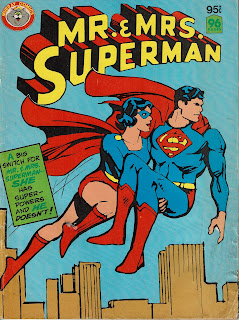 Mr. and Mrs. Superman was published c.December 1981. The cover is crudely enlarged from the small panel on the bottom right of the cover to The Superman Family #207: 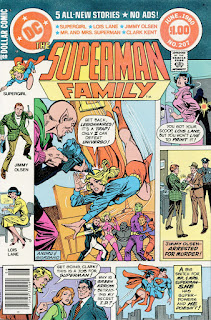 Instalments of this series appeared in many other Murray issues, most prominently in the Superman The Comic series, but also in various other one-shots such as Superman Family. There is also an instalment lurking rather unexpectedly in Federal Comics' Vigilante #6.