The Silver Surfer #6: The Newton edition 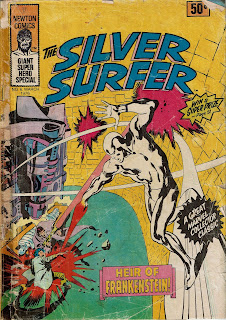 The original cover is from Marvel Comics' The Silver Surfer #7: 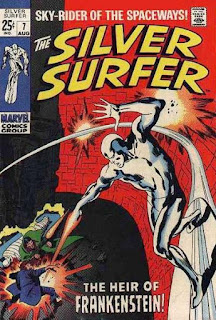 However, the Newton cover is based on the Marvel UK cover of The Super-Heroes #9: 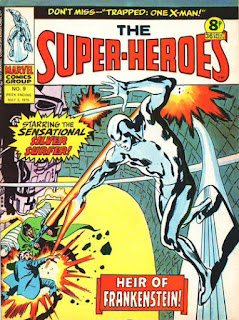 This issue is also from 1975. This version is readily identifiable by the Heir of Frankenstein scroll-type text box. Indeed it is this version which appears to be the canonical version as far as Marvel is concerned as it is the version which has since been kept in print. For example, see the 1980 version on the cover of Fantasy Masterpieces #7: 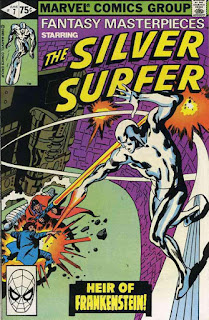 It is this version which is included in my copy of Essential Silver Surfer Vol. 1, First Printing, February 1998: 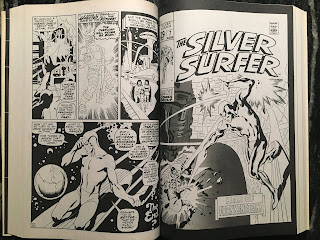 I'd be interested to see which version is used in other Marvel reprints eg. Marvel Masterworks and Silver Surfer Omnibus.

The cover image for this issue was also used as a Free King Size Super-Hero poster..

After all that, the story reprinted in this issue is indeed The Heir of Frankenstein! as published in The Silver Surfer #7.

This issue includes a Conan the Barbarian poster: 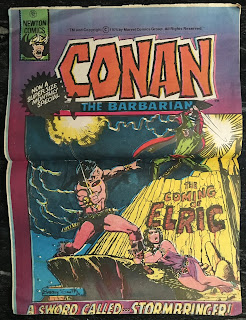 This was previously published by Newton Comics' as the cover of Conan the Barbarian #9. 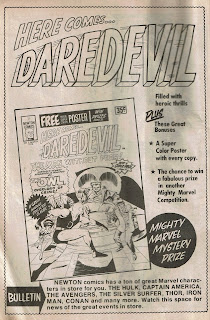 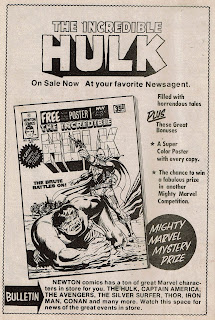 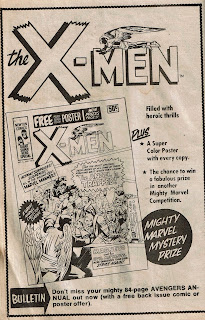 The Silver Surfer #6 was advertised in-house: 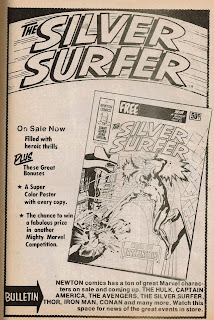 This ad is scanned from Newton Team-Up #3.

This issue also contains two Bullpen Bulletin pages, a transfer and a contest with the expiry date 31 January 1976 - two months before the issue was published.