Here's a cover gallery of my complete run of Yaffa's Doctor Strange: 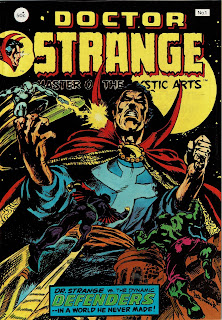 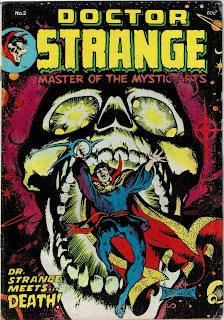 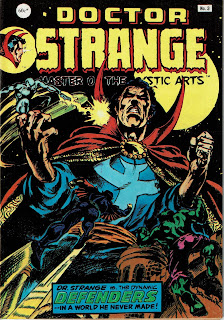 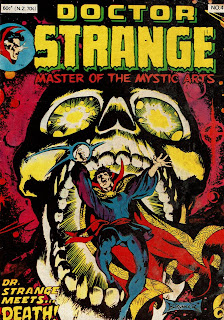 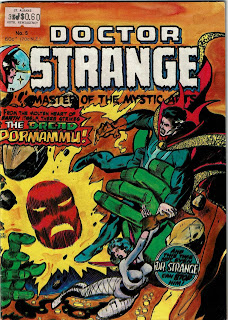 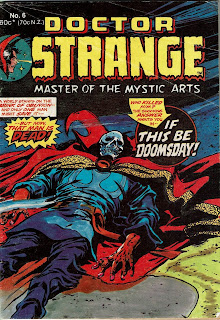 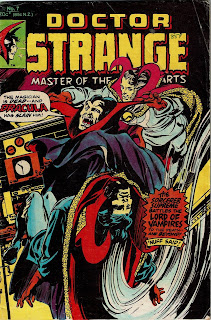 The dates I've attributed are based on my data to date. If the attribution is unqualified it is based on a newsagents' marking and should be accurate, certainly within a month, allowing for distribution variations; if it's qualified by a c. it should be accurate within a month or two either side; references to c.mid or c.late pretty much mean anything within a 3 or 4 month span. I will finetune and update the details as data comes to hand.

As per my Yaffa profile for Marvel editions I will not be surprised to find there is one more issue in this series, a 'tall' digest-sized $0.70 cover-priced edition, but I have not come across such an issue to date.

Page Publications issued more Doctor Strange comics after this series ended, retitled editions of this series, two of which can be found in my gallery of pairings of such issues.