Planet of the Apes Annual #1: The Newton edition

This is the front cover to Newton Comics' Planet of the Apes Annual #1: 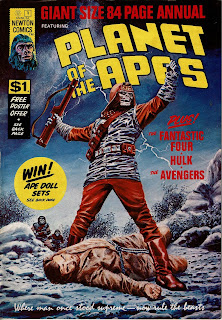 The cover image originally adorned the cover of Marvel's Planet of the Apes #11.

The Hulk vs. The Thing, originally published in Fantastic Four #25, April 1964

The Avengers Take Over!, originally published in Fantastic Four #26, May 1964

There is an odd edit in Evolution's Nightmare. This is page 3: 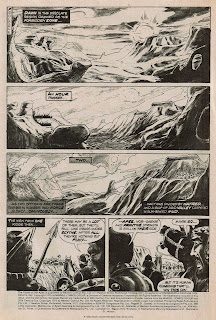 The black text caption at the beginning of page 4 reads "and the view from the other." In Marvel's Planet of the Apes #11, this caption appears on the preceding page, at the end of the panel with the speech balloon "...but it's human cunning that'll win this day." The edit was presumably compensating for the cropping at the bottom of page 3. 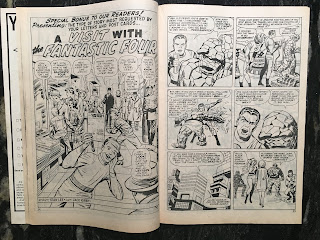 Newton rectified this butchery later in their Team-Up Special in which they reprinted The Hulk vs. The Thing and restored the original splash page.

The Annual was advertised a week later in Planet of the Apes #5: 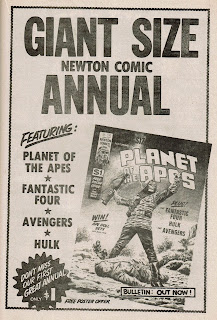