Planet of the Apes #4: The Newton edition 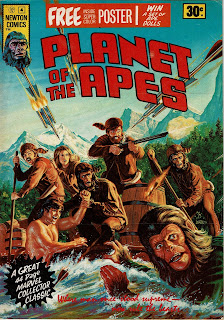 The cover to originally appeared on the cover of Marvel Comics' Planet of the Apes #4.

This instalment of the film adaptation continues where it left off in Newton #3 by reprinting the blurb from Planet of the Apes #3. 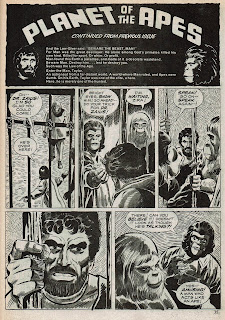 However, the title forecast at the end of that issue - The Surgeon's Knife! - is not included.

Furthermore, the next page scheduled in the sequence is page 62 of Marvel's Planet of the Apes #2, but this page is omitted. Instead, this segment begins with page 63, but the first tier of panels is omitted in order to file the reprinted blurb.

The portion of the chapter reprinted in this issue ends with page 69 of Marvel's Planet of the Apes #2. Once again, a next issue chapter is titled: I Can Write! 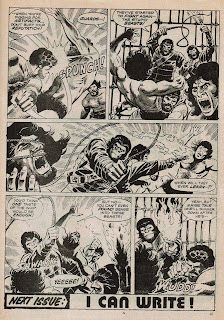 This issue includes a Black Panther poster. The image is from the climactic panel in the story The Sting of the Serpent in The Avengers #73: 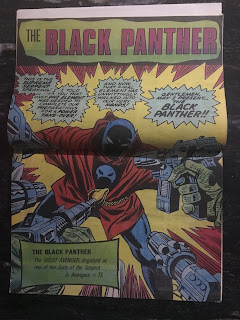 The contest in this issue ends 8 September 1975. The contest winners from Planet of the Apes #1 are also announced - the end of this contest was 7 July 1975.

This issue was advertised in the Sunday Observer 27 July 1975: