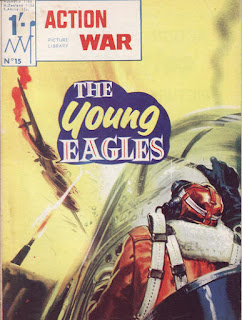 It was published by Yaffa in the following digest-sized comics: 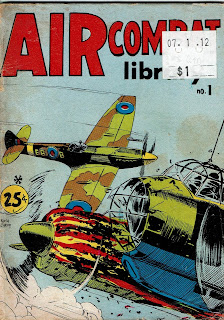 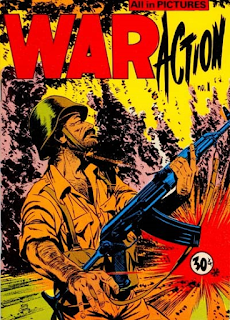 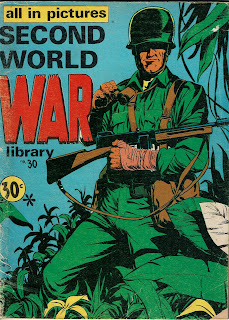 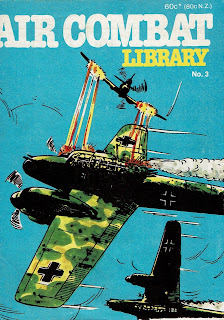 As you can see, none of the covers appear to be swipes of Action War Picture Library #15. As the earliest published issue above has a $0.25 cover price, I expect that there is an earlier $0.20 edition with a swipe of the original issue's cover.

The cover of Air Combat Library #1 is from an interior panel: 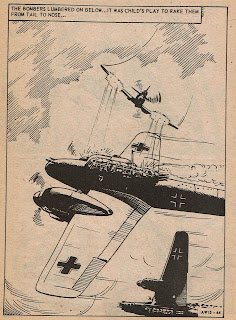 War Action #1 and Second World War Library #30 are both cover-priced $0.30 - I'm not sure which one was published first.

A loose pattern is emerging in these 1970's Yaffa digests whereby the first publication of a UK digest comic carries a cover swipe, the subsequent recycled editions - often in a new series - feature newly commissioned artwork, and then the last gasp edition is slapped together by reprinting an interior panel for cover art duties. This is parallel to instances in which previously published cover art is itself recycled over 'new' content, or indeed over 'old' content. And this doesn't just apply to material sourced from UK comics - I'm pretty sure it's the case for Marvel westerns and any other Yaffa digest material of this era.