Death before Dishonour! was originally published in Battlecry #7: 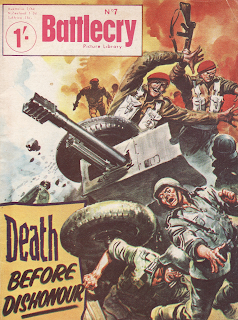 It has been published by Yaffa four times that I'm aware of, as follows: 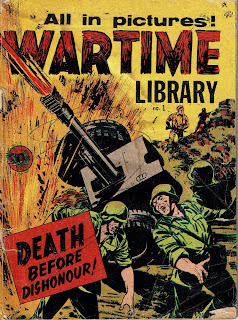 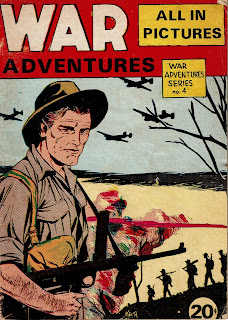 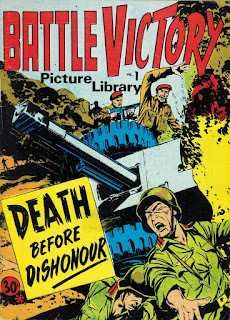 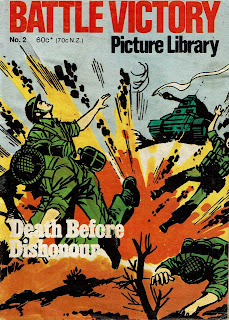 The dates for Wartime Library #1 and War Adventure Series #4 are based on advertising date codes on the issues. The dates for the two issues of Battle Victory Picture Library are from Ausreprints, and I think are reasonable guesses on the limited data available.

What interests me here is not the dates so much as the publication sequence and the cover art. Following on from my query regarding Keith Chatto's art for reprinted and recycled stories, I thought reviewing another sample may shed some light on the matter. For this purpose, all that matters is that the issues above are presented in the order of publication, based on available dating information and cover prices.

The first three issues feature Chatto's cover art. The cover art for the first issue is clearly a swipe from the source material, as is the art on the third issue. The second issue features art which does not appear to relate to a specific panel in the story. Indeed it appears to be rather generic, and could have been intended for any war comic featuring an Australian rather than an American soldier (it's all in the hats and helmets...). The cover of the fourth issue is a copy of an interior panel: 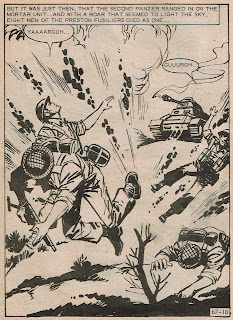 Now, allowing for gaps - there may be more Yaffa printings of this story along this timeline - it does appear that the appeal to common sense should be trusted, and it is wise to assume that the first printing of a story which is recycled a number of times will most likely be the issue with the cover swiped from the source material. There may be exceptions to the rule, and there may be conflicting data, but this will be my standby position until such time as I learn otherwise.

I think this is the only time I've noticed Chatto swipe and adapt from the source material twice. Something else to keep my antennae attuned to.
Posted by spiros xenos at 5:25 PM