The Amazing Spider-Man #6: The Newton edition 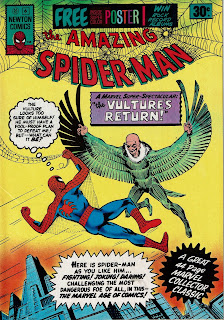 The cover is from Marvel's The Amazing Spider-Man #7: 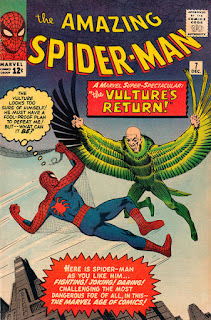 The Return of The Vulture, originally published in The Amazing Spider-Man #7, December 1963

The Thunder-God and the Thug!, originally published in Journey into Mystery #89, February 1963

This issue includes a Dracula poster: 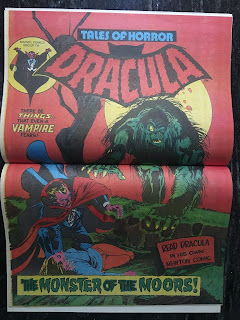 This image was to be published later in the year by Newton as the cover to Dracula #5.

The reproduction of the two stories in this issue do not appear to have suffered from excess tampering. The splash page to The Return of The Vulture has been cropped on the bottom to accommodate the indicia: 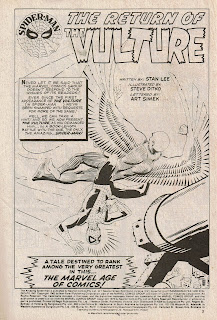 This issue as advertised inhouse: 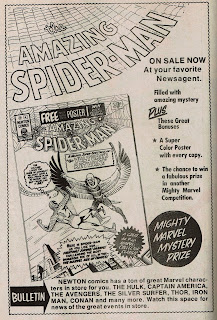 This advertisement is scanned from The Fantastic Four #4.

The Amazing Spider-Man #4 added Dracula to its list of subscription titles. The subscription advertisement in this issue includes Conan and Dr. Strange. Conan the Barbarian #1 also earns an in-house advertisement stating On Sale Now. However, it was advertised in other Newton comics as on sale 30 August 1975. This suggests Conan the Barbarian #1 was delayed. Dr. Strange may have been similarly affected - TBC.
Posted by spiros xenos at 12:11 PM