Horwitz Publications' Strange Tales #6: The Mighty Thor and the Journey Into Mystery #88 connection

The Mighty Thor appeared in three eponymous Australian comics series via three different publishers between 1975 and 1986. However, before he had his own series, Thor was published by two other Australian publishers, and the first of these was in 1963 in an anthology series titled Strange Tales.

This is a scan of my rather tired copy Horwitz Publications' Strange Tales #6: 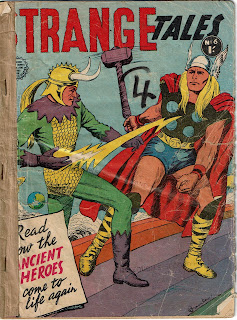 The cover is illustrated by Australian artist Maurice Bramley, swiped from the splash page of the first story: 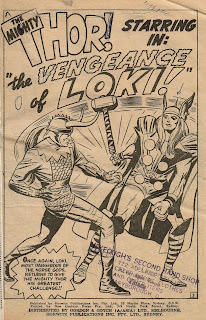 The Vengeance of Loki! originally appeared in Marvel Comics' Journey Into Mystery #88: 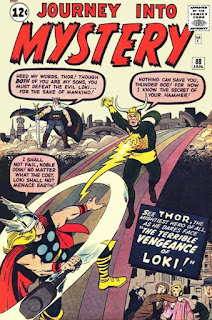 It appears that Bramley was privy to this cover as the lightning from Loki's hand is incorporated into his own cover illustration.

The Vengeance of Loki!, originally published in Journey Into Mystery #88, January 1963

Behind Locked Doors!, originally published in Journey Into Mystery #88, January 1963

It is also interesting to note that all three features would eventually be published again in Australia in The Mighty Thor #2 via Yaffa/Page Publications c.March 1978

The issue ends with a one-page feature titled Pirates, signed by Bramley: 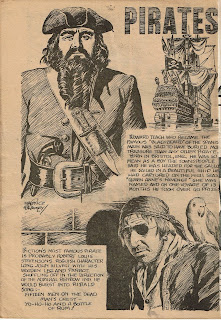 Two of the advertisements in this issue indicate the date September 1963.
Posted by spiros xenos at 5:24 PM