Here's a cover gallery of my complete series of The Champions published by Yaffa/Page Publications: 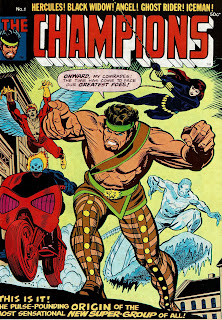 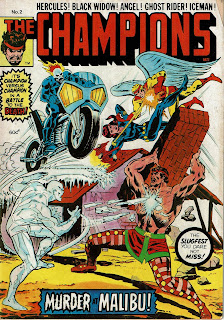 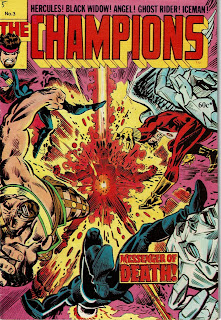 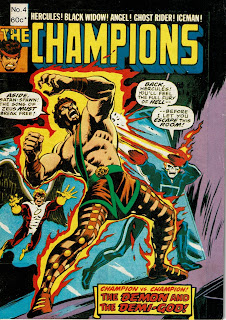 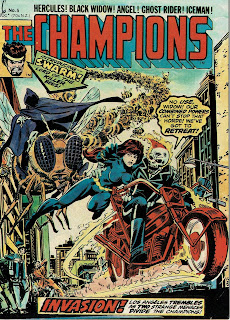 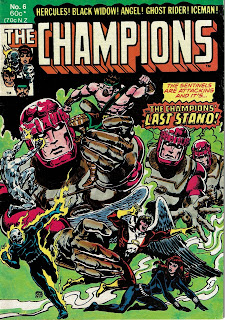 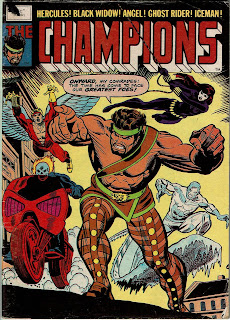 The first two issues are regular sized editions. The rest are digest-sized.

The dates for the six numbered issues are all based on newsagency date markings. It is possible some are published one month earlier than indicated - or even one month later - hence the circa qualification.

The final unnumbered issue is a digest-sized reprint of The Champions #1. It was likely published 1982, but it's possible it was published later.

The Champions #6 is the final issue in the series and completes the reprinting of the 17 US issues of The Champions.

Each issue reprinted three US issues. If you do the math you will realise that the final issue must be 'short' one issue. It is indeed - and to make up the page count, this issue features the 'missing' Shall I Call Thee Master? from the Yaffa Super-Villain Team-Up series.

It is possible there are retitled unnumbered editions of some of these issues, but I have not seen any.
Posted by spiros xenos at 4:07 PM