Following the appearance of The Mighty Thor in Horwitz Publications' Strange Tales #6, the feature next appeared in an Australian edition a good 10 or so years later in KG Murray's Super Giant series. Thor was cover-featured on Super Giant #8 and #12.

This is the cover to Super Giant #8: 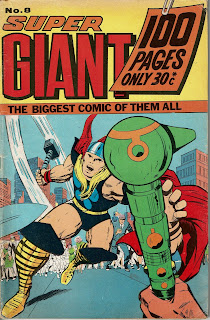 It is rather crudely modified, with elements rearranged in the frame, from the original art on Thor #144: 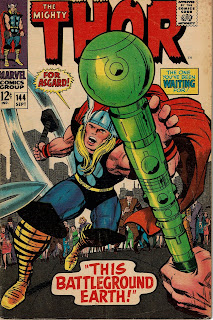 The first two stories are reprinted in full. Only the first six pages of Abandoned on Earth! are reprinted in this volume, and the sixth page is butchered. This is a scan from the original issue: 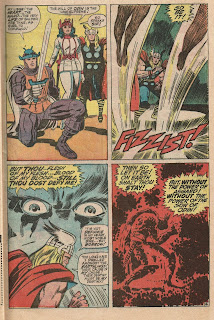 And this is the same page as it appears in Super Giant #8: 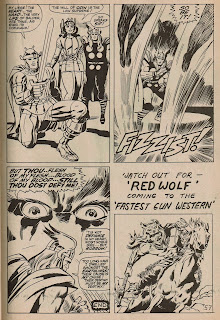 I see no reason why the original final panel could not have been included with the abrupt END advisory as per the penultimate panel. Clearly, advertising Red Wolf was a pressing concern at the time.

Thor was also featured on the cover of Super Giant #12: 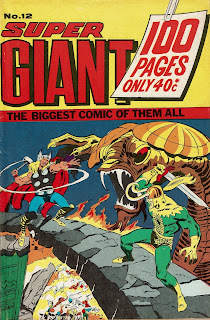 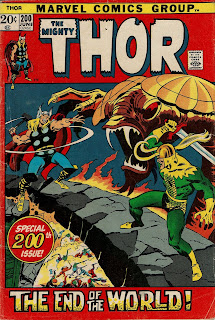 The Thor story in this issue is titled If This Be Death..! and runs for 39 pages.

Three pages have been culled from If This Be Death..! reducing the total page count from the original running total of 42 pages.

Here are the three missing pages: 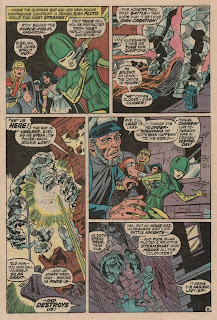 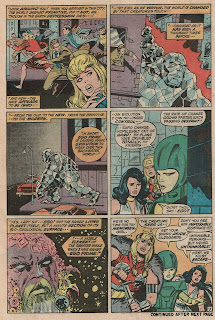 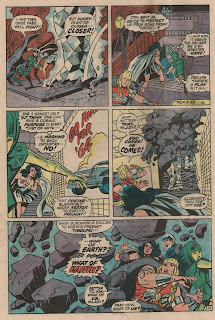 These three pages comprise a 'meanwhile, back at the ranch...'-type sequence, signposted by a text box at the bottom of page 7:

Given the sequence is omitted in Super Giant #12, it makes sense for the text box to be erased:

However, the editors neglected to follow through on erasing the references to the preceding episode on the next page, which results in the exclamation "--A Battle--For a GOD!" being followed up incongruously with "But now, that scarcely matters--": 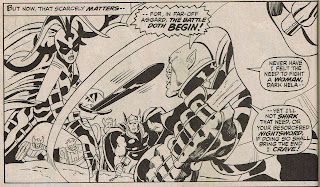 There are other significant modifications to the original story. Firstly, the title Beware! If This Be...Ragnarok! has been deleted from the top of the splash page: 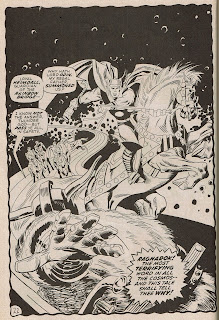 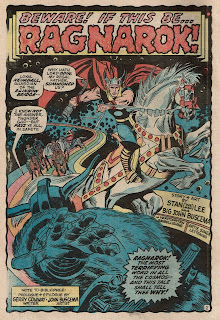 And secondly, the art has been extended on the right hand side of the final panel on the last page in lieu of the Next Issue box in the original issue - its beginning is visible as a vertical 'crease' mark above and to the right of the text captions: 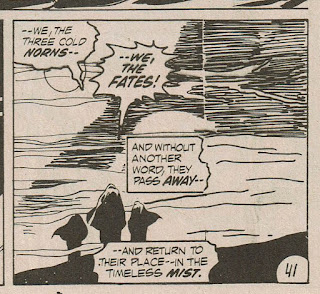 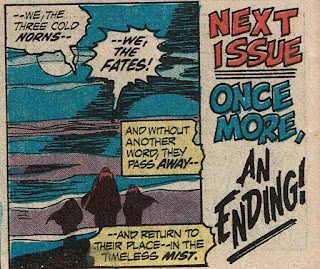 The Mighty Thor would be published in Australia shortly after this in Newton Comics as a short-lived self-titled series, an Annual and various one-shots, as well as a backup series in The Amazing Spider-Man. Longer running series would subsequently be published by Yaffa/Page Publications and Federal Comics.

Thanks to Mark Cannon for providing some scans in preparation of this post.

I am very interested in any Marvel material printed by KG Murray in between the Horwitz and Newton publication periods. Look forward to any more info on this!