The Avengers #4: The Newton edition


This is the cover to Newton Comics' The Avengers #4: 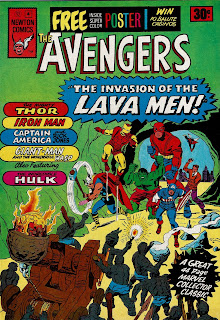 It originally appeared on the cover of Marvel Comics' The Avengers #5: 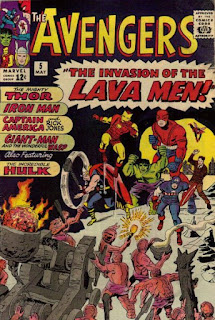 The Invasion of the Lava Men!, originally published in The Avengers #5, My 1964

Trapped by the Red Barbarian, originally published in Tales of Suspense #42, June 1963

Both of these stories are reprinted without undue editorial modifications based on my comparisons to reprints in Marvel Masterworks and Essentials editions. 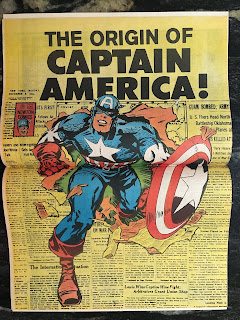 This is modified from the cover to Marvel Comics' Captain America #109: 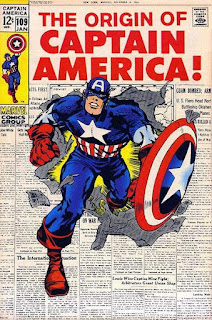 Note the Marvel branding has been replaced by Newton branding in the poster.

This poster would be repurposed by Newton as a Free King Size Super-Hero Poster in 1976.

This issue includes in-house advertisements for Conan the Barbarian #1 and Doctor Strange #1. They are both advertised as On Sale Now, and are both listed on the subscription page.

However, in response to a fan letter in this issue, John Corneille advises that The Avengers "appears fortnightly from now on." This is ambiguous - it could mean effective immediately, or from next issue onwards. Given there is a two week gap between the contest expiry dates in The Avengers #3 and #4 - 22 September and 6 October respectively - it firmly suggests the fortnightly schedule was effective with this issue. I have cross-checked this with subsequent issues and I am satisfied this is correct.
Posted by spiros xenos at 8:36 AM