Spider-Man in The Wotcha-Ma-Callit Club


A few months after the cancellation of the Marvel strips in the Sunday Observer Comics supplement the following appeared in the pages of the Watcha-Ma-Callit Club: 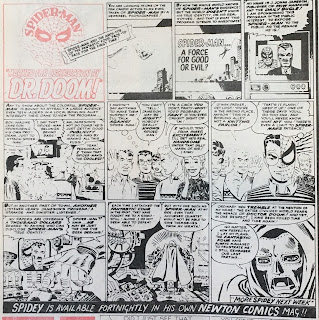 Published 5 October 1975, the strip reprints Marked for Destruction by Dr. Doom, which had previously been serialised in Newton Comics' The Amazing Spider-Man #'s 4 and 5.

Contrary to expectations there is very little tampering with the original panels, apart of course from the rearrangements on the page. The splash page is omitted but the banner from it is inserted as background information over the first panel.

This story is serialised weekly until early 1976.

The next three instalments are of similar scale with three tiers of panels: 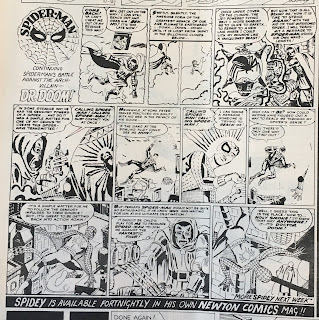 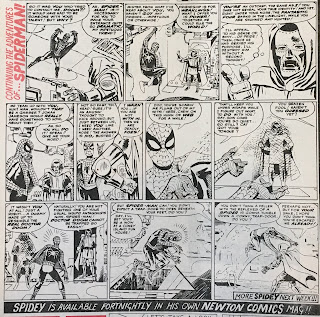 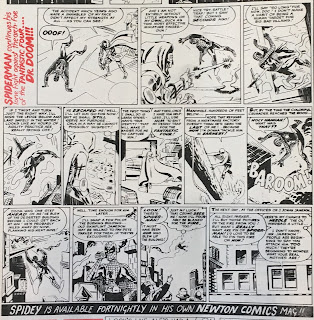 By November 1975 the strip has been reduced to two tiers: 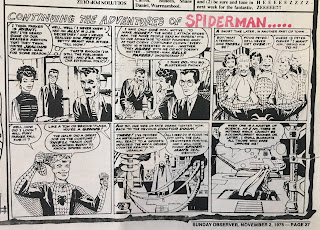 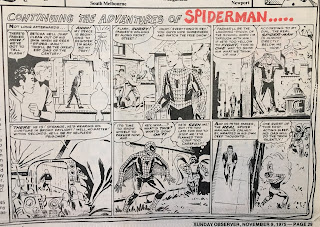 The strip regains its vertical profile for a couple of weeks but is still on a more modest scale than the first few weeks: 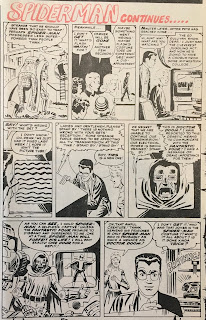 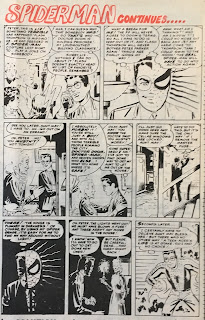 However, the trajectory is clear, and by 30 November 1975 the writing for the strip is on the wall:

The end of the strip was rather ignominious. It spluttered to an end with just over two pages worth of material to complete the narrative, but clearly this was not a priority for the Newton office at the time as they had just weathered the shutdown and rebirth of the operation over the holiday break and just managed to get books back onto the market in this period.

Back in May 1975 when it was time for the comic books to splash onto the market the Sunday Observer Comics supplement was summarily dropped. A few months later, as the returns from newsagents started to pile up, cover prices were raised and Swap Cards were instituted to generate interest, the flagship character was employed in the Wotcha-Ma-Callit Club to raise the profile of the  character and support the flailing comics line. There was one more strategy employed by the Sunday Observer in the fun pages towards this goal: Gentle John's Comics Corner...

Fantastic to see these for digital posterity. I imagine the Newspaper Library Archives are the only place the hard paper copy exists anymore.

Just when you think you've drawn a circle around Newton collectibles, something else edges under the line. Queue these next to the Nabisco posters.