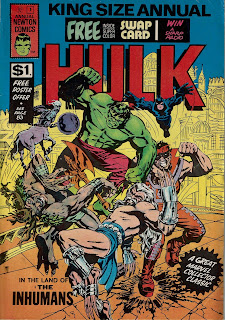 A Refuge Divided! and The Incredible Hulk pinup appear to be reprinted intact.

The Keepers of the Crypt has the cover image from Conan the Barbarian #8 in lieu of the original splash page. Here's a photo of the two-page spread: 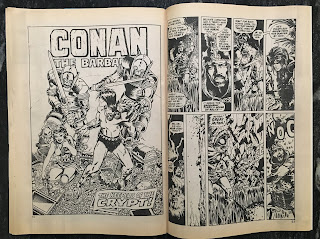 The Yaffa printing of this story in Conan the Barbarian #3 goes one better by reproducing both the cover and the splash page: 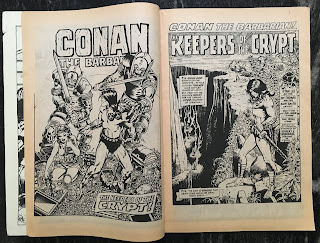 It's odd that this issue should contain a Conan the Barbarian story given Conan had his own ongoing series at the time. However, this was not unprecedented by Newton Comics - we recall the Fantastic Four features in Planet of the Apes #1. Note also this is the story from which the Conan poster was drawn in Planet of the Apes #5.

This issue was published during the Newton Swap Card promotional period. My copy includes Spiderman (sic) Series A (1 of 15) No. 3: 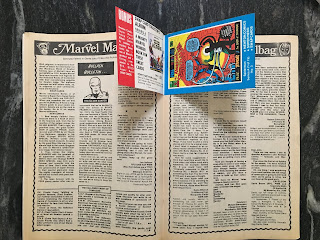 This issue did not contain a regular poster. However, as the cover and the  letter column above informs readers, one could send in for a "FREE glossy giant-size Hulk poster". This offer was prominently advertised alongside the contest: 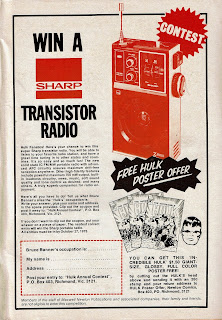 This Hulk poster was still being offered as an enticement in December 1975: 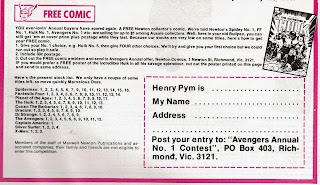 This issue contains a number of in-house advertisements for other Newton comics: 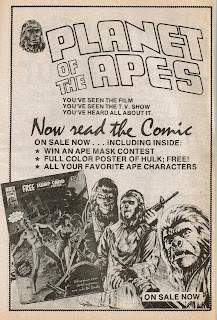 Planet of the Apes #8 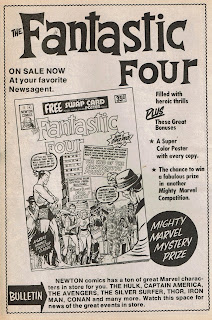 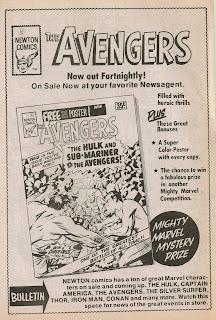 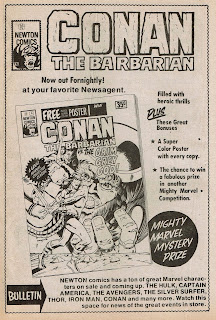 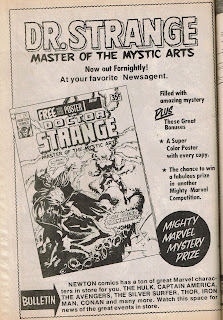 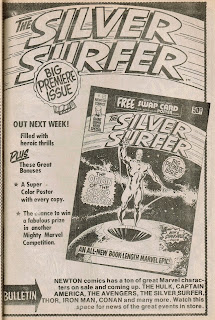 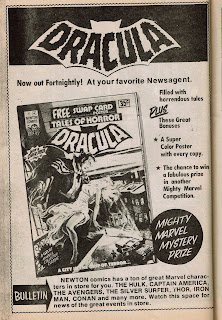 The Annual was advertised in-house: 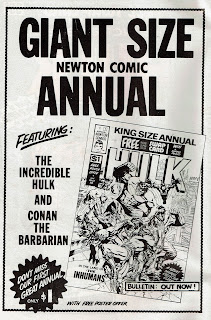 The Planet of the Apes Annual #1 was published in July 1975. The Hulk Annual was the first of a projected 'series' of Annuals to be published monthly henceforth, according to the letter column. Sure enough, over the next three months readers were treated to Annuals featuring Spider-Man, The Fantastic Four  and The Avengers. (The Spider-Man Annual was in fact a Team-Up Annual, which begat a second Team-Up Annual, and indeed a series of such issues, but this is a rather convoluted episode in Newton's program which I'll address in a separate post).

This issue includes The Swap Cards Cometh advertisement and a T-shirt offer.