Here's a cover gallery of my complete run of Page Publications' The Incredible Hulk: 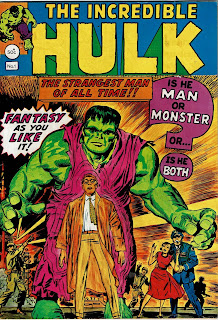 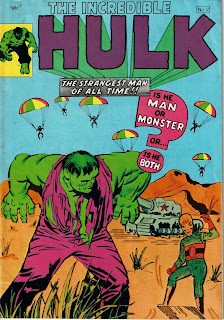 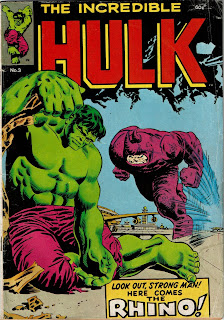 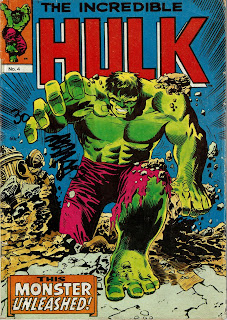 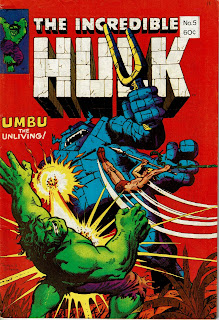 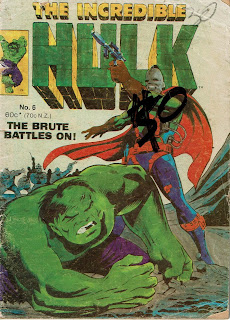 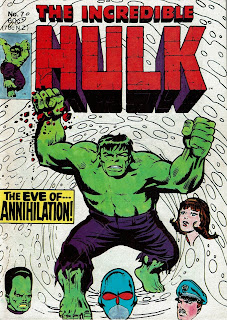 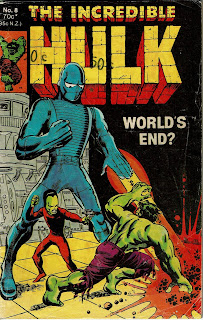 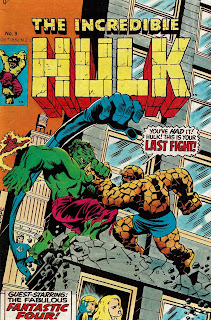 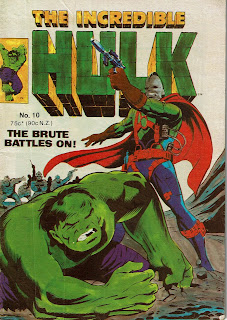 The first five issues are regular/magazine size, #'s 8 and 9 are 'tall' digests, and the rest are regular 'short' digest-sized.

The dates are based on the indicia and available newsagency markings, and will be updated as more data comes to hand.

I note the last two issues have been each been dated January 1982. This is irregular but is based on the data available. I also note that a couple of years ago I earmarked #10 as anomalous in the scheme of things. Curiously, apart from this issue above, I have not come across any other recycled Yaffa reprints of their Hulk issues, retitled or otherwise. Something tells me I'll be revisiting this particular issue.