The Incredible Hulk #5: The Newton edition


This is the cover to Newton Comics' The Incredible Hulk #5: 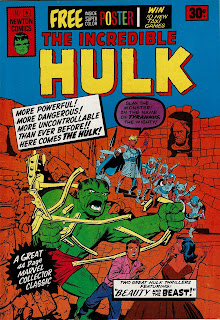 It originally appeared on Marvel Comics' The Incredible Hulk #5: 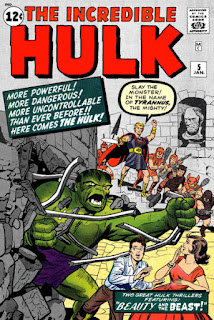 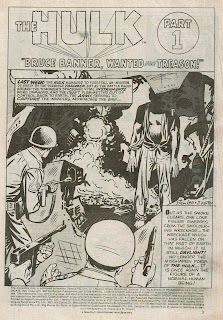 Compare to the original page as published in Page Publications' The Incredible Hulk #1: 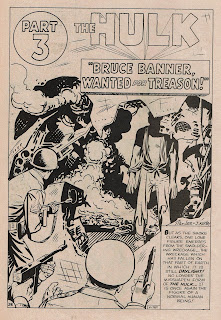 As a consequence of the renumbered opening chapter in this issue, the next two chapters are also renumbered, hence Part 4 is titled Part 2: 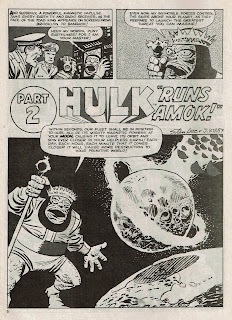 Here's the original page as per the Page Publications printing in The Incredible Hulk #1: 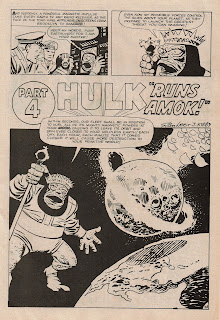 This chapter has been subjected to other alterations. It is a 5-page chapter presented as a 4-page chapter in the Newton edition.

To illustrate the alterations, see the the third and fourth pages as per the Page Publications printing: 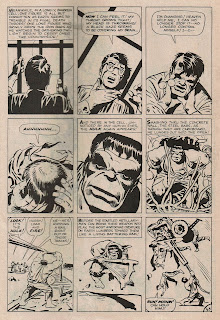 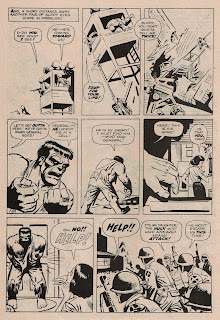 This is the third page in the Newton edition: 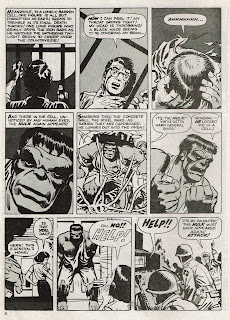 This is the title page of the third chapter in the Newton edition: 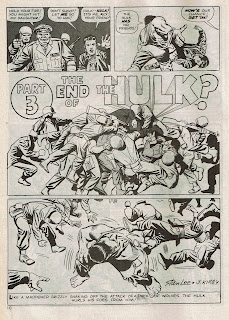 It is retitled from Part 5 of the original story: 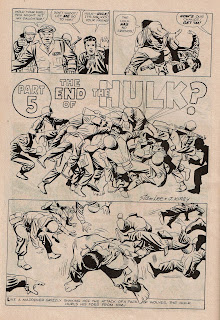 The last page of this story has also been modified. The final panel includes an editorial note advertising other Newton Comics titles: 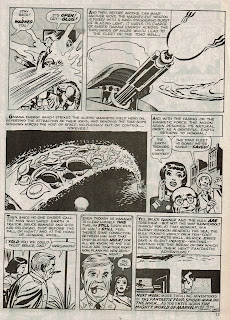 This is the original page as per the Page Publications printing: 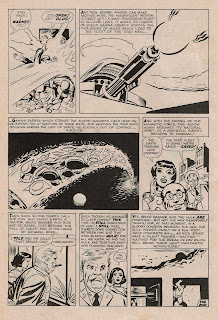 Given the excruciating modifications of the first story it's a relief to note the other stories in this issue, The Beauty and the Beast! and The Hordes of General Fang! appear to be reprinted intact.

This is the full colour poster included in this issue: 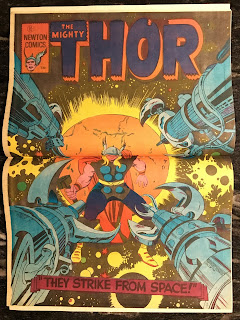 This image originally appeared on the cover of Marvel Comics' The Mighty Thor #131. It was also a black and white single page pinup in other Newton issues and one of the Nabisco posters. 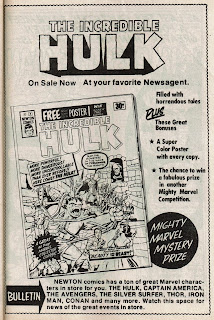 This advertisement is scanned from Newton's The Fantastic Four #5. 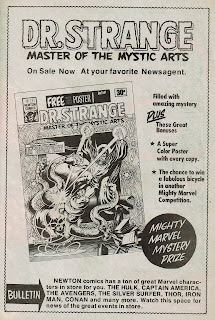 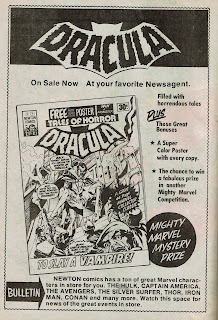 Based on the available information this issue appears to have been published 30 August 1975. The expiry date for the contest is 13 October 1975 - three weeks after the expiry date of the contest in The Incredible Hulk #4, which I have earmarked as published on 9 August 1975. This issue also shares a competition expiry date, inner advertisements and a letters page with The Amazing Spider-Man #7 which was published 30 August 1975. This is not conclusive evidence but given the pieces fit, so to speak, it's my best guess pending further information.
Posted by spiros xenos at 6:29 AM