The Incredible Hulk #13: The Newton edition 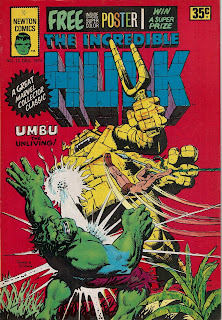 The cover image originally appeared on the cover of Marvel Comics' The Incredible Hulk #110: 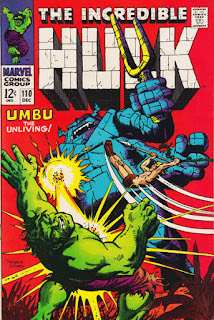 Umbu, the Unliving! appears to be reprinted intact, apart from a bit of cropping at the bottom of the splash page to accommodate the indicia.

The 5-page instalment of Battle of the Palace of the Gods! has been modified: 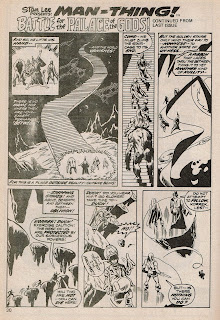 Compare this to the printing of this page in Yaffa's The Man-Thing #2: 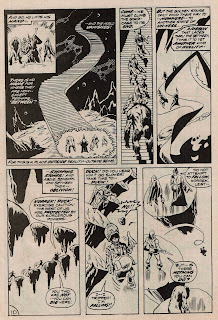 As you can see the Newton page has the series and story title inserted above the top tier with the Continued From Last Issue advisory. The top tier of panels is intact, however the second tier has been cropped at the bottom. Not only that, but the speech balloon in the second panel of the bottom tier has been rearranged and placed on its side in order to fit it into the panel. It's rather comical, but perversely effective in the context of Howard falling.

This issue contains a Spider-Man poster: 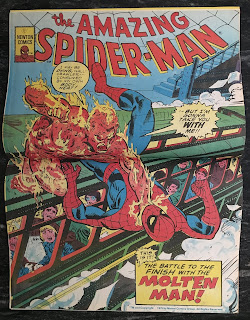 This image originally appeared on the cover of The Amazing Spider-Man #133. The Newton Comics branding makes this appear to be a mock up of a Newton cover.

There are a number of in-house advertisement for other Newton comics in this issue: 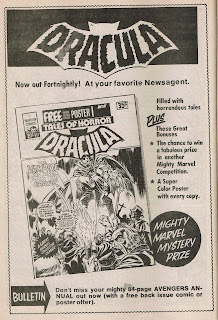 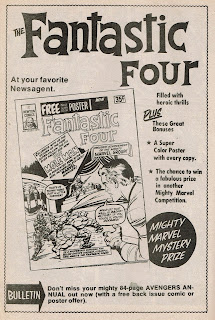 The rest of the pages comprise a t-shirt offer, the Bulletin page featuring Captain America, and a contest with the expiry date 31 January 1976. This is two weeks after the expiry date of the contest in the previous issue, which suggests a publication date of 20 December 1975.