The Incredible Hulk #12: The Newton edition 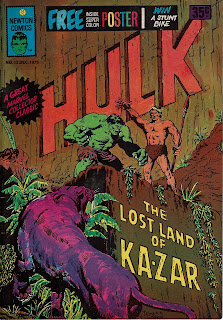 The cover originally appeared on Marvel Comics' The Incredible Hulk #109: 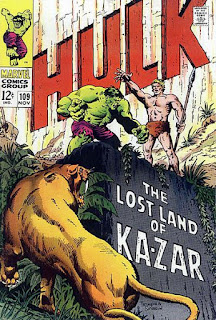 The Newton cover was also used as a poster in The Mighty Thor #2: 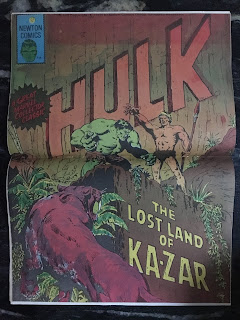 The Monster and the Man-Beast! does not appear to have been subjected to any undue editorial modification. Interestingly the Yaffa printing of this story in The Incredible Hulk #5 has a modified splash page - the caption which references the Last Ish has been omitted as the previous story is included in the issue and is thus redundant.

Battle for the Palace of the Gods is a 19-page story. The first 8 pages are reprinted in this instalment. They appear to be intact without any editorial modification.

This is the poster in this issue: 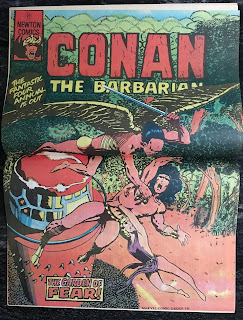 This image was previously published by Newton Comics on the cover of Conan the Barbarian #7. Note the reference to The Fantastic Four Annual - presumably this was inserted at the last minute as there are no other in-house advertisements for Newton comics in this issue. It was announced in the letter column in the previous issue - the same letter column is printed in this issue 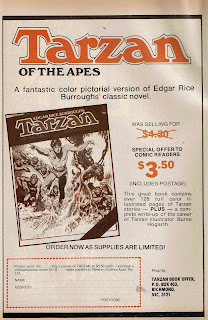 The contest in this issue expired 19 January 1976, two weeks after the expiry date of the contest in the previous issue. This suggests a publication date of 6 December 1975. This date is confirmed by two advertisements in the Sunday Observer dated 7 December 1975: 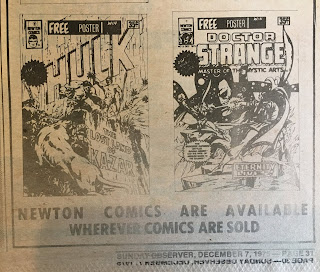 This issue also includes a t-shirt offer.
Posted by spiros xenos at 7:20 AM