The Incredible Hulk #4: The Newton edition


This is the cover to Newton Comics' The Incredible Hulk #4: 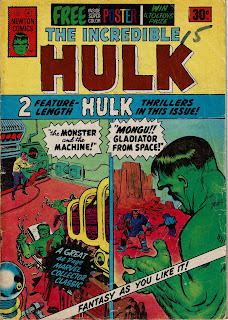 This is modified from the original on Marvel Comics' The Incredible Hulk #4: 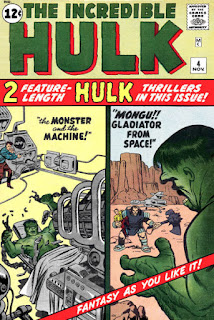 The Monster and The Machine! and The Gladiator from Outer Space! appear to be reprinted intact.

The Terror of the Toad Men Part 1 is reprinted complete, but not quite intact. Here's a photo of the two-page spread of the second and third pages of the story in the Newton edition: 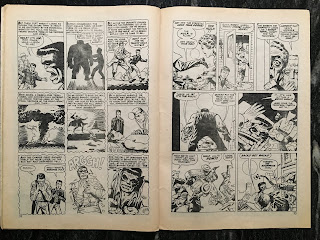 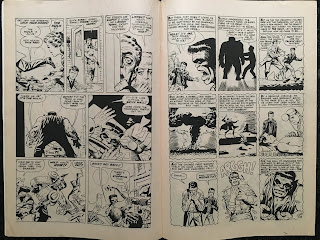 As you can see, the Newton pages are printed out of sequence.

[The Terror of the Toad Men] Part 2 has been modified. This is the splash page as per Page Publications' The Incredible Hulk #1: 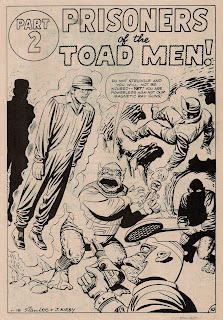 Compare the same page to the Newton edition: 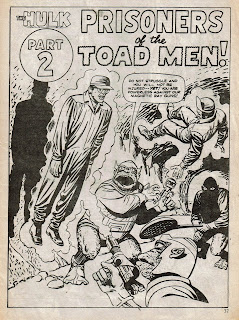 As you can see elements have been inserted and rearranged on the page. The Hulk title has been inserted above the Part 2 chapter title, which now encroaches into the shadowed figure, and the art has been modified on the bottom of the page - the glove and gun of the Toad Man has been redrawn and the bottom portion of his shoulder has been erased. The job code and creator credits have also been omitted.

The Terror of the Toad Men! is a 5-part story. This issue reprints only the first two parts. The story continues in the next issue. The final panel in Part 2 is modified with the advisory Concluded Next Issue: 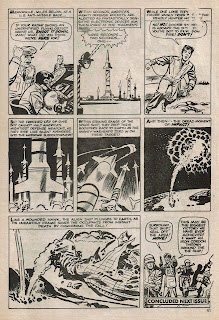 My copy of this issue does not include a poster. I have seen three copies of this issue, each with different posters. I suspect the poster native to this issue is either a Ghost Rider poster or a Silver Surfer poster. TBA. 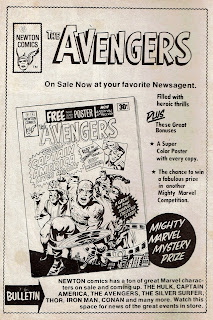 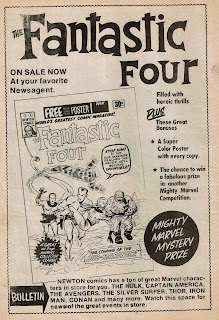 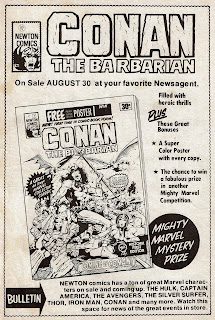