The Incredible Hulk #6: The Newton edition


This is the cover to Newton Comics' The Incredible Hulk #6: 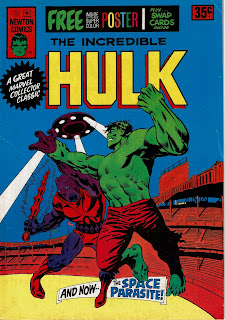 It originally appeared on the cover of Marvel Comics' The Incredible Hulk #103: 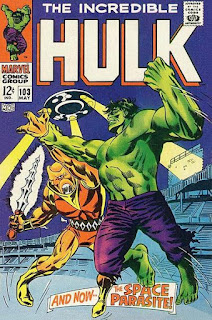 
And Now... The Space Parasite! appears to be reprinted complete and intact.

Enter: The Hulk is an 18-page story. Only the first 7 pages are reprinted in this issue. They appear to be reprinted intact apart from the inclusion of a To Be Continued advisory at the bottom of the last panel.

The poster in this issue featured the cover to Doctor Strange #1: 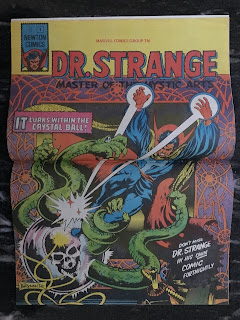 My copy does not have the Swap Card.

This issue contains two in-house advertisements for other Newton issues: 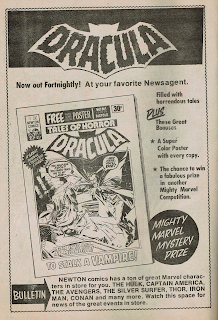 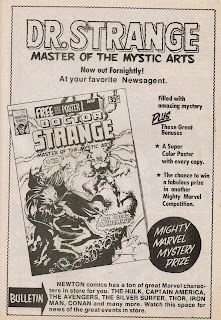 The contest expiry date is 27 October 1975, two weeks after the expiry date in The Incredible Hulk #5, which I believe was published 30 August 1975. This issue includes The Swap Cards Cometh Bulletin. This is also the first $0.35 cover price issue in the series. Triangulating this data leads me to a publication date of 13 September 1975.

This issue also contains a letters page and a t-shirt offer.
Posted by spiros xenos at 12:42 PM