The Incredible Hulk #11: The Newton edition 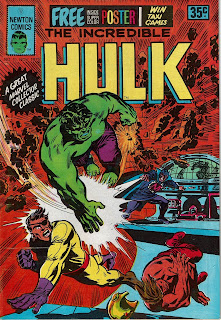 It originally appeared on the cover of Marvel Comics' The Incredible Hulk #108: 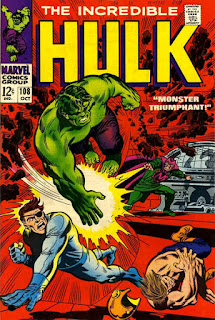 Monster Triumphant! appears to be reprinted without any undue editorial modifications, barring miniscule trimming of the bottom of the splash page. Curiously, it's the Yaffa version in The Incredible Hulk #5 which has been messed up with the omission of the splash page and the next issue directive on the final page.

When Wakes The Sleeper! is completed in this issue. Once again the opening panel has been modified for the purposes of introducing the instalment. Here's a scan of the original panel as it appears in my copy of Essential Captain America Vol. 1, Second Printing, August 2001: 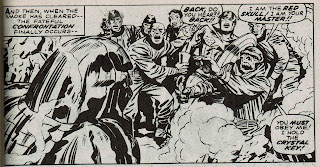 And the modified Newton version with the title and rearranged caption box: 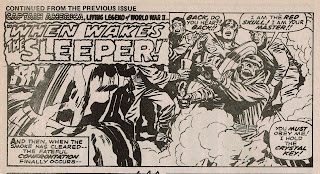 The poster in this issue is from the cover of Newton Comics' Doctor Strange #1: 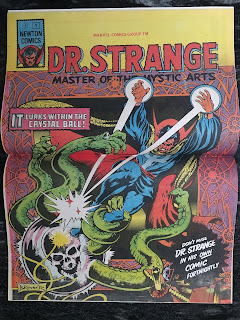 The Fantastic Four Giant Size 84 Page Annual #1 is advertised in this issue: 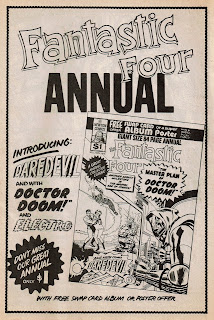 The letter column advises this Annual will be out 15 November 1975. Other interesting tidbits include the announcement of the forthcoming Captain America series on 6 December 1975, and advice to readers on how to claim the free Hulk poster offered in the Spidey Team-Up Annual. The column also advises the release of the pocket comics has been postponed until the following year - however they would not see the light of day. There is also a reference to their new distributor.

The expiry date for the contest is 5 January 1976, two weeks after the contest in The Incredible Hulk #10. This suggests a publication date of 22 November 1975, which conforms with data crosschecked against other issues from this period.

Th t-shirt offer and subscription page round out this issue.
Posted by spiros xenos at 6:48 AM