The Incredible Hulk #14: The Newton edition 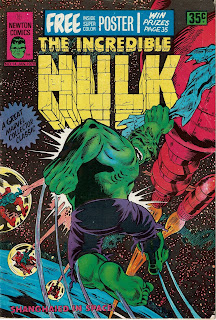 The cover originally appeared on Marvel Comics' The Incredible Hulk #111: 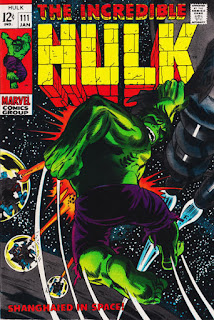 Shanghaied in Space! appears to be reprinted intact. As per previous issues, the Yaffa print in The Incredible Hulk #6 omits the To Be Hulkinued advice in the final panel.

The third instalment of Battle of the Palace of the Gods! begins similarly to the second instalment with a series and story title imposed above the opening tier of panels: 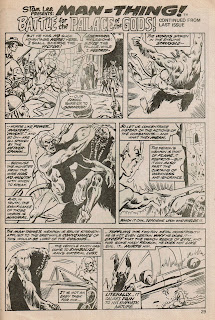 The third tier has been cropped along the bottom, and the lettering at the bottom of the final caption box appears to have been drafted by a Newton staffer. Compare this to a scan of the same page from Yaffa's The Man-Thing #1: 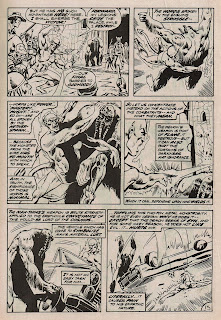 This issue contains a Planet of the Apes poster: 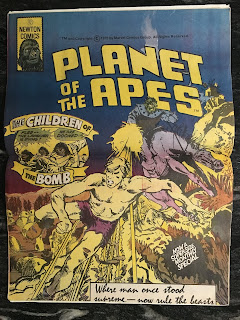 This image was used on the cover of Newton Comics' Planet of the Apes #13.

This issue includes the following in-house advertisements for other Newton comics: 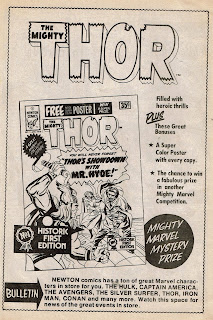 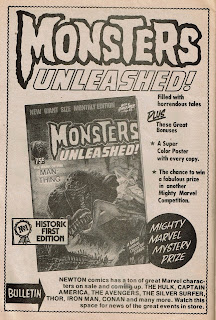 The Incredible Hulk #14 was advertised in-house with a pre-production cover image: 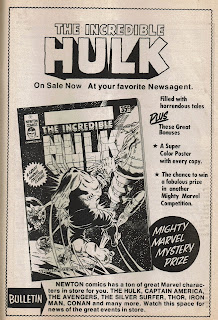 This ad is scanned from The Deadly Hands of Kung Fu #2.

This issue also includes a subscription page, a t-shirt offer and two letters pages.
Posted by spiros xenos at 11:08 AM

Wow I actually never had this issue with a poster and had no idea it was a PLANET OF THE APES poster! Thanks for this info. That makes it two Planet of The Apes staple posters that I am aware of.