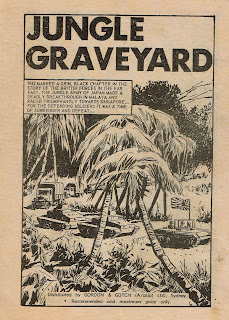 I don't have any information regarding the first publication of the story Jungle Graveyard, but I do know that it was published at least four times by Page Publications, in the following issues:

War in the Jungle #1 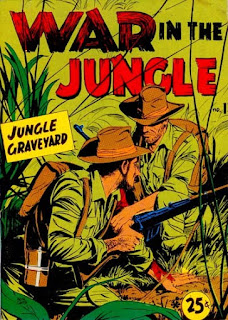 War in the Jungle #3 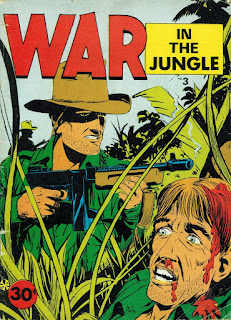 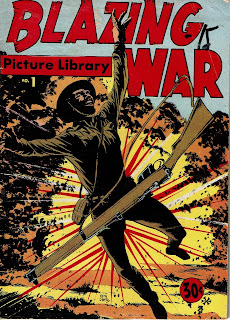 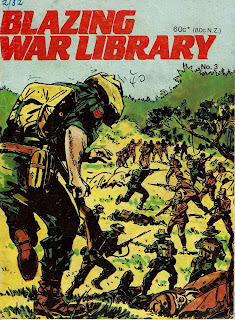 The first three issues were published circa 1973-74, and feature covers by Keith Chatto.

Blazing War Library #3 is published much later, circa 1981-82. There is a pencilled date on the cover -  2/82. This may be accurate, but given Page Publications digest-sized issues of Marvel material were cover-priced $0.70 - or even $ 0.75  - in 1981, this issue may have hit the stands in 1981. I'm not sure. (I've started some digging around Yaffa/Page digest pricing and dates, and there is some evidence that Marvel digests may not have terminated in 1981 as I've previously assumed but were published into 1982... but I'll detail that investigation when I have more data.)

The other thing that is evident is that in rehashing earlier material at this stage of the game Page Publications no longer had Chatto's services to call upon, so they recycled interior art for cover duty, as per this instance: 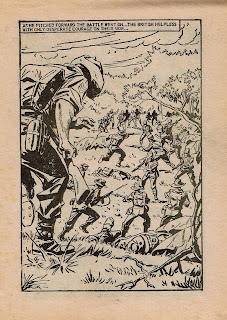 And speaking of War in the Jungle, there was a fourth issue in the series: 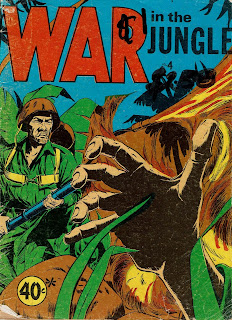 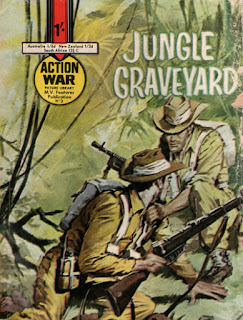 The cover was swiped by Chatto for War in the Jungle #1, which suggests this was the first Page Publications edition of this story.