The Amazing Spider-Man #2: The Newton edition 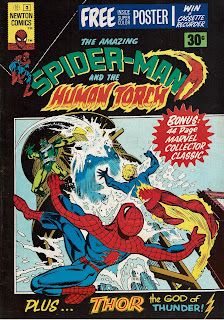 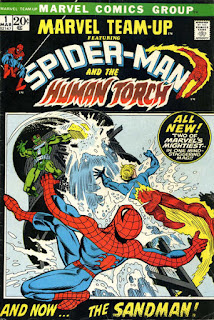 Have Yourself a Sandman Little Christmas!, originally published in Marvel Team-Up #1, March 1972

Trapped by Loki, the God of Mischief!, originally published in Journey into Mystery #85, October 1962

Part 2: The Vengeance of Loki!, originally published in Journey into Mystery #85, October 1962

One possibility is that this was earmarked as the first issue of an ongoing Marvel Team-Up series. On page 5 we can clearly see Team-Up 1 marked in the border: 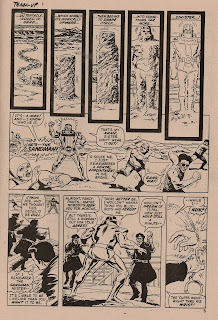 This suggests the art was provided to Newton with an indication of where the material stood in the scheme of things. Whatever the reason, the publication of this story in this issue is anomalous.

Despite the problems encountered with the 44-page format, which resulted in the unfortunate but necessary omission of pages from stories, The Amazing Spider-Man #1 set up the appealing prospect of three vintage stories reprinted per issue. This expectation was reset with this issue as the new format of two stories per issue was introduced - the lead feature would be a Spider-Man story, and the The Mighty Thor would be the backup feature. 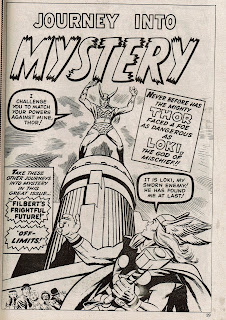 The new format was set and would remain intact for much of the run. However, the Thor backup series would suffer a rather schizophrenic non-sequential series of instalments.

The poster in this issue was a recoloured Dr. Strange cover of Marvel Premiere #8, May 1973: 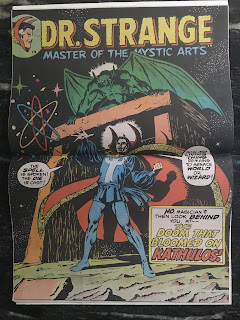 This issue included the "personal message from Stan Lee" which appeared in The Amazing Spider-Man #1, and the first letter column for the series entitled The Spider's Web. Half of this page was taken up by Stan Lee's Soapbox, but future issues would regularly carry a two-page editorial/letter column. There were also in-house advertisements for Planet of the Apes #1, The Incredible Hulk #1 and the pre-production version of The Fantastic Four #1.

The contest on the rear cover offered a SHARP cassette recorder: 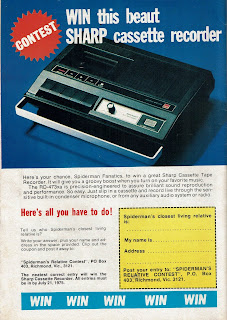 It appears that the publication of The Amazing Spider-Man #2 was delayed. It was advertised in The Incredible Hulk #1: 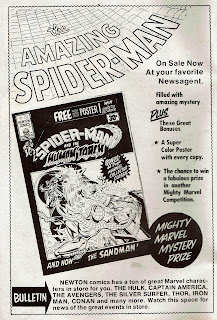 The Incredible Hulk #1 was published 21 June 1975. The advertisement above is a pre-production image. If you look closely you will see it is numbered 1, not 2.

The correctly numbered cover was advertised a week later in The Avengers #1, published 28 June 1975: 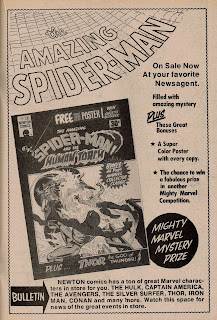 The corrected cover was also visible in an advertisement the next day in the Sunday Observer:

Consider also that Planet of the Apes was published 28 June 1975. It makes sense that this issue would appear a week after The Amazing Spider-Man #2, given there was a week separating the first issues of the respective series.

Spiros, another possibility for “Team-Up 1” appearing on page 5 is that was already marked on the film/bromides supplied by Marvel. It seems reasonable that supplied pages would need identifiers as Newton would have scored multiple issues at a time from Marvel (or whoever supplied the artwork).
It could merely be an oversight in (Newton’s) production that left that wording appearing on the final printed Newton comic.