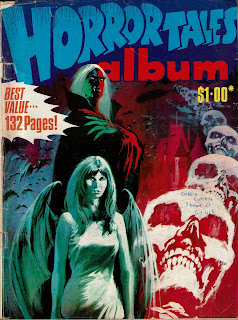 All of this material is drawn from Archie/Red Circle comics as per the copyright notice: 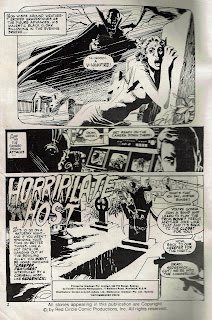 This is a bumper 132 page issue, comprised of recycled stories from previous Gredown issues - I have identified the majority as previously published by Gredown, and expect to confirm the rest in due course. TBA.

Many of these stories were also subsequently recycled by Gredown in $1.00 cover-priced issues.

This issue reprints all the content of Strange Romance Tales #1 bar two stories. Many of the others are drawn from Sorcery #'s 1 and 2, and four of these stories found a home in Claws of Horror.

Dating this issue is difficult without a newsagency stamp or marking. AusReprints estimates the date @1980, and the GCD @1982. I think it was published no later than 1980, and possibly earlier. TBA.