Pit of Evil #11: Tom Sutton's The Canticle of the Worm 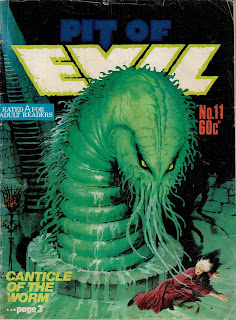 The cover to Gredown's Pit of Evil #11 is unsigned but it appears to be the work of Phil Belbin, based on a panel on page 7 of the story The Canticle of the Worm: 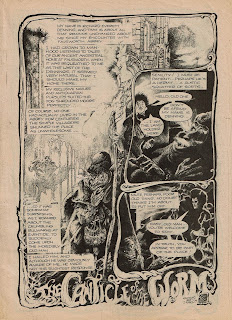 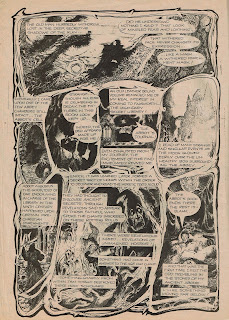 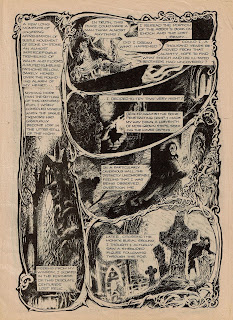 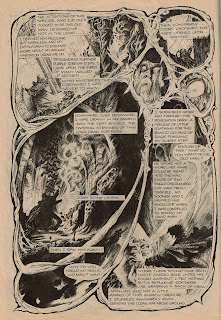 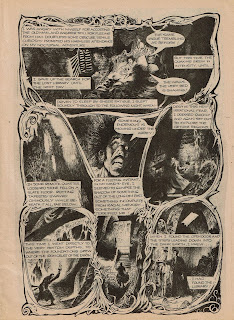 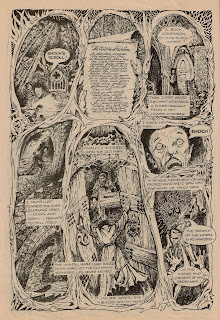 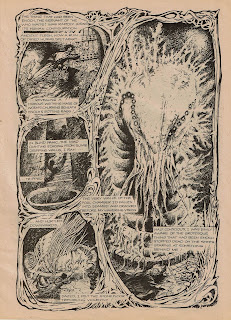 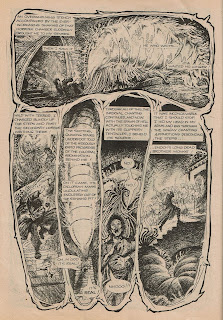 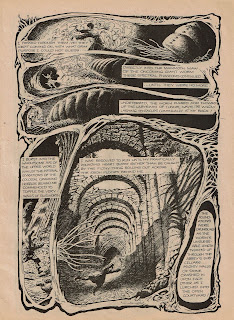 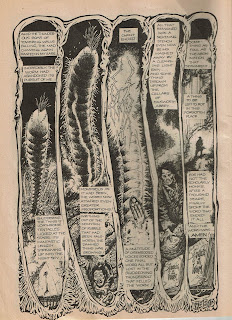 The Canticle of the Worm is written and drawn by Tom Sutton, signed TFS at the bottom of the last panel.

The page layout is similar to Sutton's work on Spawn of the Dread Thing.in Warren's Eerie, and I expected to find this story was originally published in a Warren mag.

But I haven't found a reference to The Canticle of the Worm on GCD nor anywhere else. I've looked at a number of sources including books collecting Sutton's work, interviews, portfolios and blogs surveying his work since his death. This surprises me as I would have assumed this was a prominent piece of work recognised by Sutton fans.

The only online reference I have found to this story is in relation to Pit of Evil #11 on AusReprints. James understandably suggests it may be from a Spanish source, but I'm guessing he didn't have access to the issue and therefore the TFS signature. I also note the publication date of Pit of Evil #11 is estimated as 1978, which may be correct, but at the moment I lean towards 1979. TBC.

Until someone directs me towards a previous or subsequent publication of The Canticle of the Worm I'm going to deem it a Gredown exclusive.

Tom Sutton's art here is BEAUTIFUL! Rivals his Planet of The Apes quality